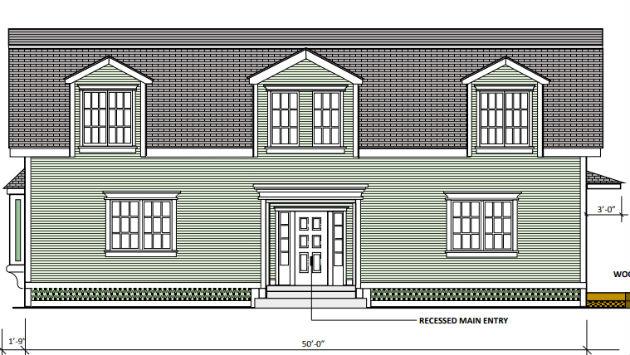 Evanston aldermen tonight will face a decision about whether to approve plans for a single family home on a small lot at 2626 Reese Ave. in northwest Evanston, furthering a city goal of encouraging more affordable housing, or bow to opposition from neighbors to the project.

City staff is recommending approval of the house plans with some significant modifications. The Zoning Board of Appeals voted to recommend denial of the developer’s variation requests.

The neighborhood is zoned R1, which requires a lot 35-feet feet wide with a minimum lot size of 7,200 square feet for construction by right.

But many lots in the neighborhood are only 25 to 30 feet wide and have far less than the required square footage.

The vacant lot involved is just 25 feet wide. And because it’s on a corner, it faces more restrictive setback requirements than a mid-block lot would.

But city staff have identified one other home in the immediate area built on a 25-foot wide corner lot.

Another, somewhat smaller Colonial Revival home on a 30-foot-wide lot  was built nearby about the same time at 3000 Thayer St.

City staff recommends that the developer’s plan be modified by substituting a gable or hip roof instead of the gambrel roof shown in the plans to reduce its overall size and to eliminated a planned open parking space at the rear.

But staff also recommends that the city affirm that lots like the one at 2626 Reese are buildable lots with approriate variations to allow homes similar to the existing housing stock in the surrounding neighborhood.