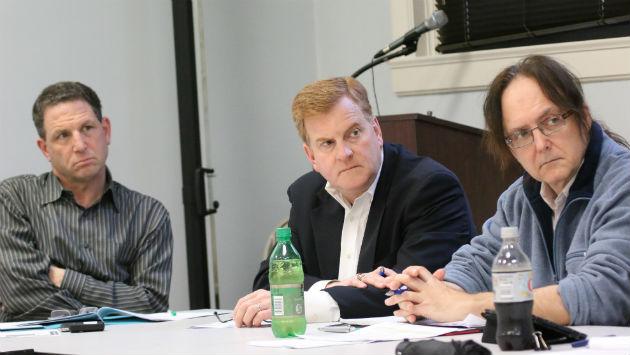 Evanston aldermen tonight are scheduled to review a plan to try to better respond to complaints of crime and other disruptive activity by tenants of rental properties in the city.

The plan, developed this spring by a committee of three aldermen and three landlords with input from the city's police and legal departments, would amend the city's existing landlord-tenant and nuisance premises ordinances.

Criminal activity on the landlord's property engaged in or facilitated by a tenant, household member, guest or any person under the tenant's control or any action by them that "jeopardizes the health, safety and welfare of the landlord, his or her agent or other tenants" or that "involves imminent or actual serious property damage" would become a lease violation that would give the landlord a basis to seek a court-ordered eviction.

Unlike the city's existing nuisance property ordinance, the new rule would permit eviction based on an arrest, without waiting for a conviction.

The eviction action could be directed against the single member of the household accused of the criminal behavior, and the ordinance would protect victims of domestic violence and other criminal activites from being evicted.

The proposed ordinance lists 11 specific crimes that would trigger the immediate enforcement action — ranging from homicide to mob action.

In addition, the amendment would require landlords to "address" criminal activity on the property, although it would not require the landlord to evict the tenants involved.

The ordinance also sets a second tier of offenses that could trigger the process, but only if two such violations occurred within a 12-month period. Those range from fire code violations through drug sales, prostitution and animal cruelty.

The proposal envisions a process in which city staff would try to work with a landlord to resolve such nuisance issues and only issue nuisance citations to a landlord who failed to cooperate.

Although it's not part of the ordinance amendments up for review tonight, the city staff proposal also calls for creating a new training course for landlords by the start of next year that would address fair housing laws, the city's landlord-tenant ordinance, the eviction process, the zoning and property maintenance codes and fire inspections.

The training program would be available for any landlord and could be mandated for landlords who were ordered to attend as part of the city's administrative adjudication process.

Members of the committee agreed that the latest approach was much more workable than a scheme proposed by city staff earlier this year that would have created a new "neighborhood integrity ordinance" and required licensing of rental properties.

That plan was attacked as draconian for its severe penalties on landlords and for the possibility that it might have led to the eviction of tenants who were crime victims.