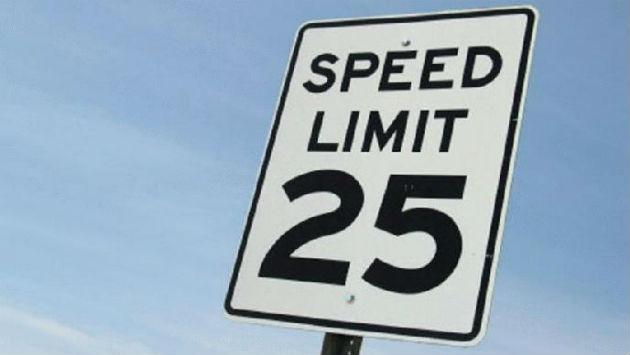 Evanston aldermen Monday are scheduled to act on a proposal to reduce the speed limit on Ridge Avenue from Emerson to Howard streets from 30 to 25 miles per hour.

The proposal is a response by city staff to concerns about the high number of traffic accidents on the Ridge Avenue corridor.

The staff proposal also calls for having police provide targeted enforcement of traffic regulations on Ridge and for testing split phasing of traffic signals at the intersection of Ridge Avenue with Lake Street.

In a memo to aldermen, Public Works Director Dave Stoneback says a leading cause of accidents at Lake and Ridge is northbound cars on Ridge colliding with southbound cars when they try to turn left onto westbound Lake Street.

Stoneback says creating separate green cycles for northbound and southbound traffic has been effective in reducing such left turn accidents at Ridge and Main Street and Ridge and Oakton Street.

But, Stoneback says, the interruption to the flow of traffic may lead to “significant traffic back-ups” at rush hour.

Adjusting the signals to permit the split-phase operation is expected to cost about $10,000 with the work being done this spring and the test continuing through December.

Traffic signals on Ridge are now timed to allow for better traffic flow when drivers travel at 26 miles per hour. Stoneback says the staff is not recommending a change in signal timing at this time.

Stoneback says city staff will request funding next year to conduct a comprehensive study of the Ridge corridor that would consider:

He says that study might also consider adding mast arm traffic signals and making other lane modifications to the roadway.