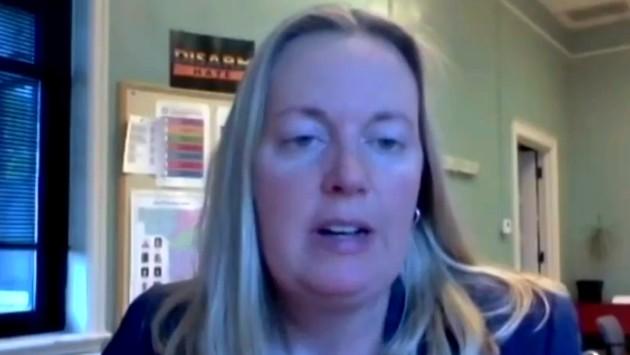 The move came during a special order of business discussion requested by Alderman Tom Suffredin, 6th Ward, about the city manager search process.

That process, begun last fall after City Manager Wally Bobkiewicz left to take a job in Washington state, was delayed for months by objections raised by Suffredin and others to hiring the search firm that ultimately was selected for the work.

It has been on hold since because community meetings planned to gather input from residents about what they want in a new manager would draw too many people to be legally held until after stay-at-home rules are further eased.

Mayor Steve Hagerty said the city needs a permanent leader now, and that given the job Storlie has done developing a budget, responding to the pandemic and effectively managing labor relations during the crisis the Council should consider elevating her to be the full-time city manager.

He added that any candidate who would be willing to leave their current job in the midst of the crisis is “not the tyupe of person I want to be city manager.”

Alderman Don Wilson, 4th Ward, said he’s a big proponent of developing talent, and noted that Storlie has worked her way up from web developer to interim manager in the 16 years since she was first hired by the city.

“Erika has demonstrated very solid understanding of what we need and what the community values are here. She’s a part of the community. She’s earned the job not just through the pandemic but through her career,” Wilson added

Most other aldermen offered similar praise for Storlie.

Alderman Ann Rainey, 8th Ward, argued that of the city’s last five managers, except for Wally Bobkiewicz, by far the best was Joel Asprooth, who had been promoted from assistant manager. All the others were outside hires.

Suffredin and Alderman Cicely Fleming, 9th Ward, argued that the city should move forward with the national search because that’s what aldermen had promised residents they would do.

But the discussion was resolved when Wilson moved to place an item on the June 8 Council agenda to introduce a proposal to name Storlie the manager.

The Council then could take a final vote on hiring Storlie at its June 22 meeting.

Alderman Peter Braithwaite, 2nd Ward, said that process would give him and other aldermen time to discuss the idea with their constituents at ward meetings before taking final action.