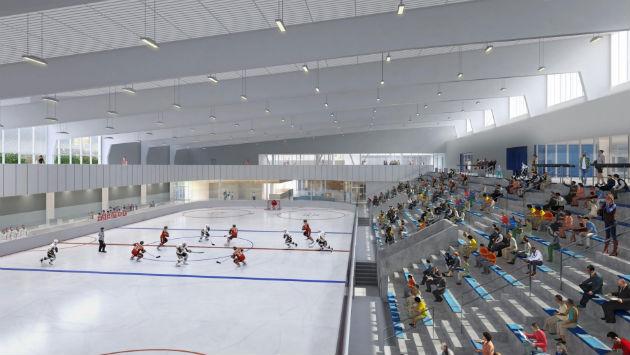 They approved borrowing up to $50 million to pay for the project and agreed to contracts with Bulley & Andrews to build the facility and with Woodhouse Tinucci Architets for construction administration and other work.

Alderman Cicely Fleming, 9th Ward, said she was concerned about the large amount of borrowing for the project, but said the project just can’t wait any longer.

City Treasurer Hitesh Desai said about $20 million of the funds would be borrowed this year and that the debt service on that portion would be $1.4 million to $1.5 million a year over the next 25 years.

Budget projections show that taxpayers will also need to subsidize the operation of the new Crown Center as well as pay for its construction.

But the operating subsidy is expected to decline compared to the revenue shortfall on the current center.

The new deficit is expected to be about 18 percent of the center’s total operating revenue.

That would make the center one of the most self-supporting of the city’s recreation facilities.

Parks and Recreation Director Lawrence Hemingway said the city now spends about $12 million a year on his department, while it only brings in about $6 million in revenue.

A neighborhood meeting to discuss Crown Center construction plans is set for 6:30 p.m. Wednesday and a formal groundbreaking is scheduled for 4 p.m. Friday, both at the 1701 Main St. site.