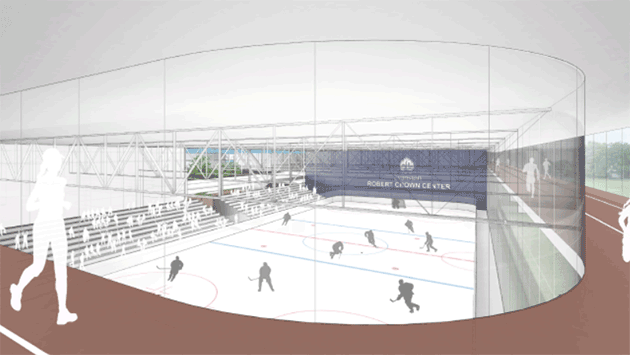 Woodhouse Tinucci was determined last month to be the most qualified firm from among 19 that applied for the job through a request for qualifications process that began last August.

The design process approved Monday is to include two rounds of public outreach and stakeholder coordination meetings.

In a memo to aldermen, Assistant City Manager Marty Lyons sais the first round of meetings would seek to “best understand the needs of the different users of the facility and develop initial concepts.”

In the second round the architects would show the initial concepts to stakeholders and the public to receive additional feedback that wouled be incorporated into the final design concept.

Assuming the city continues to use Woodhouse Tinucci through the completion of the Crown project, a chart included with Monday’s City Council packet indicates the total architectural and engineering services fee could reach nearly $2.5 million.

Dan Stein, of the city’s Parks and Recreation Board, who’s also active on the Friends of the Crown Center group that’s coordinating private fundraising for the new recreation center, told aldermen that fundraising, which had been lagging in the fall, now is going well for the project, but that potential donors want to know what the new building will look like.

The friends group is planning a fundraiser Feb. 24 at the Evanston Art Center with Chicago Blackhawks owner Rocky Wirtz as the special guest.