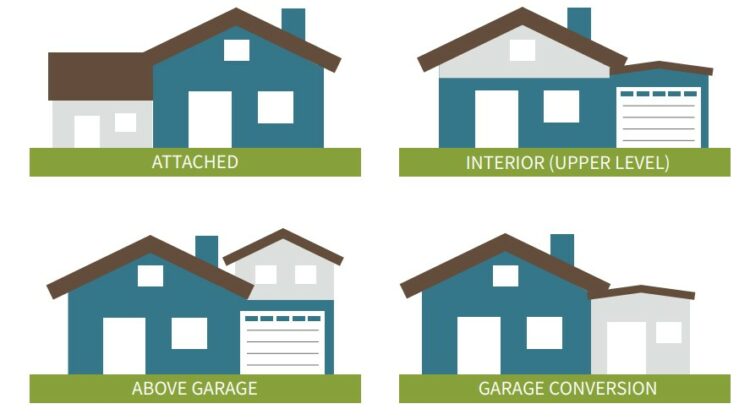 The moratorium would come just a year after the previous City Council approved a substantial expansion of ADU options in the city.

The moratorium caters to fears of owners of million-dollar-plus single-family homes along Orrington Avenue adjacent to the Northwestern University campus that absentee-landlords will buy homes on their blocks, add ADUs to them and rent them out to college students.

All of those permit requests indicate they are for ADUs detached from the main structure on the property and thus would not be affected by the moratorium.

A city staff memo regarding the proposed moratorium says staff research shows concerns that non-owner-occupied dwellings in single family neighborhoods will lead to poor maintenance of properties are “generally unfounded.”

Portland, Oregon, has allowed rental of both the primary unit and the ADU since 1996 and has reported “no more maintenance issues with investor-owned properties.”

In addition Seattle and Yakima, Washington, dropped owner-occupancy restrictions after finding no difference in maintenance levels and concluding the restrictions deter the overall development of ADUs.

Ann Arbor, Michigan, last June removed owner-occupancy restrictions from its ADU rules after seeing only 24 homeowners had applied for ADU permits in five years and even fewer units had been built.

And Oregon and California, the city memo says, have recently passed statewide legislation eliminating owner-occupancy restrictions for ADUs. California last week moved even further in that direction with the legislature sending a bill to the governor that would allow duplexes and lot splitting in residential neighborhoods across the state.

“Financing is one of the big reasons,” Markus says. “It continues to be an uphill climb to educate banks around this housing option and any further regulation just makes the banks more wary of dipping their toes into this housing type.”

Six aldermen voted in favor of introducing the moratorium at the Council’s last meeting on Aug. 9. Only Alds. Fleming, Reid and Suffredin voted against it.