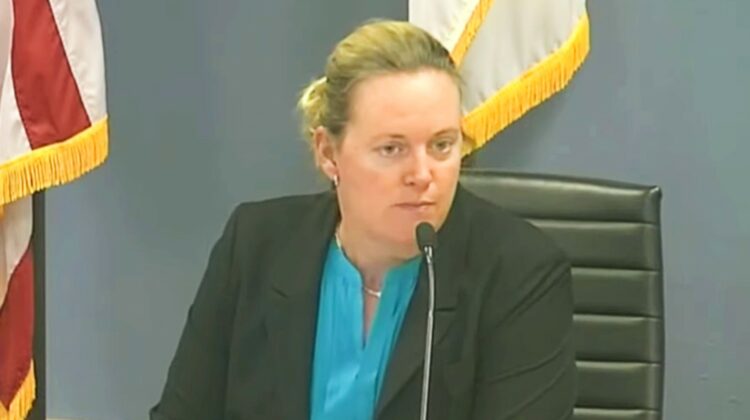 After spending an hour and 40 minutes behind closed doors Monday night debating terms of a separation agreement with City Manager Erika Storlie, City Council members emerged to postpone action on the resolution until a special meeting Thursday.

The discussion came on the same evening the city received an All-America Cities Award from the National Civic League, honoring innovative programs the city has launched — including its coordinated response to the COVID-19 pandemic, its first-in-the-nation reparations program and the mayor’s summer youth employment program.

Storlie, who had appeared to have solid support from a majority of the last City Council, whose terms ended in May, has been frequently targeted for criticism by some members of the new Council.

Then last month a Chicago radio station reported claims by dozens of lifeguards and other city lakefront workers that they’d been sexually harassed by coworkers and supervisors over a period of years through last summer.

Storlie and other top-level city officials have claimed they were not informed of the issue, and the city’s human resources director, who had known about it, was placed on leave after her response to the situation was deemed inadequate.

The city has also hired an outside law firm to investigate the charges and the city’s response to them.

During public comment Monday night some speakers defended Storlie’s performance and argued the new Council was misguided in seeking to change city leadership so early into its term.

But others attacked the manager and said they welcomed her departure.

Still other speakers criticized provisions of the separation agreement that seek to bar both Storlie and the City from disclosing details of the investigation into the lifeguard sexual abuse allegations.