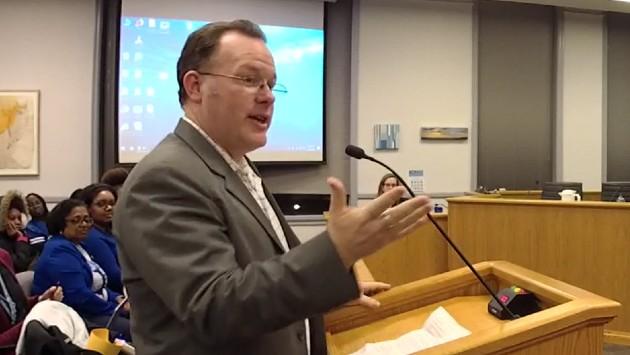 Evanston aldermen Monday rejected a proposal from Alderman Ann Rainey, 8th Ward, to impose a six-month moratorium on condominium deconversions — in which unit owners sell to a single buyer who converts the building to rental apartments.

The deconversion term is used because many of the buildings involved were originally built as rental apartments and were converted to condominiums at some point in the past.

Some owners at the Hampton Parkway development in north Evanston had appealed to aldermen last November to impose a moratorium to block the deconversion of their building. But the only speaker from that property Monday night said their sale had already gone to contract with approval of just over 75 percent of the unit owners, as required by current regulations.

And David Fisher, an owner at an eight-unit building at 200 South Blvd., said Monday that owners in his building want to deconvert — because most of them would lose money if they sold their units individually now, while potential developers appear to be willing to offer them better prices.

The deconversion market now gives owners a chance to get out from being underwater, Fisher said, and imposing a moratorium would be like taking care of a fly on the wall with a sledgehammer.

Rainey said the city needed to “neutralize the problem of deconversions, before they take place.”

Wilson said that perhaps the vote required of condo owners to deconvert should be higher than the 75 percent now required, but such a change could be made without imposing a moratorium in the meantime.

On Hampton Parkway some owners had objected that they wouldn’t be able to find equivalent new homes nearby because of the expected low selling prices of their units. They also expressed a reluctance to move after living in the development for many years.

After Rainey trimmed the duration of the proposed moratorium from six to three months, the Planning and Development Committee tied 3-3 on the issue and so sent it to the full City Council without a recommendation.

At City Council the moratorium was rejected on a 5-3 vote, with Aldermen Robin Rue Simmons, 5th Ward, and Eleanor Revelle. 7th Ward, joining Rainey on the losing side. Alderman Judy Fiske, 1st Ward, was absent from the meeting.