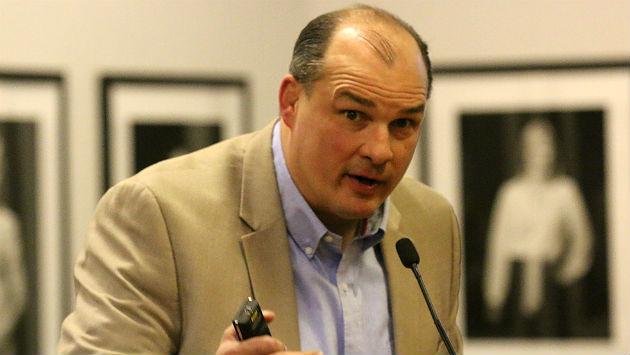 Five aldermen voted Monday in favor of a development that promised to bring hundreds of new office jobs to downtown Evanston, but with only a simple majority in favor, the project went down to defeat.

The planned development on a city-owned surface parking lot at 1714-1720 Chicago Ave. required a zoning change, and opponents had gathered petition signatures that triggered a city code provision requiring seven votes to approve the project.

Aldermen Melissa Wynne, 3rd Ward, and Eleanor Revelle, 7th Ward, had long voiced opposition to the project, arguing that the development was too big for the site, across an alley from the city’s downtown library.

So when Alderman Don Wilson, 4th Ward, said Monday that he would vote no after concluding the development would make the environment around the site worse, it sealed the project’s fate.

In the end, Alderman Tom Suffredin, 6th Ward, who’d said nothing during Monday’s Council debate on the issue, joined Revelle, Wilson and Wynne in voting no.

A rendering of the rejected office building.

The project had faced challenges from the start. When city staff, after inquiries from several developers, asked aldermen almost three years ago to consider selling the site for an office building, Alderman Judy Fiske, 1st Ward, said a new development would have to include replacements for all the 74 parking spaces in the lot.

And even then the site’s immediate neighbors, the Woman’s Club of Evanston and the Frances Willard Historical Association, lined up in opposition to the idea.

They suggested instead that the city turn the lot into a women’s history park, with an underground parking garage beneath it.

While that idea was floated again Monday night, no one has emerged with a plan for how to fund it. It also might face opposition on another score, as some opponents of the office building said Monday that women fear using enclosed parking garages.

In April 2017 aldermen voted 6-2 against selling the lot for development, but reversed themselves the following month and voted 6-2 in favor of a sale. That change of heart was led by Wilson.

That September aldermen voted 6-2, with Suffredin absent and Revelle and Wynne voting no, to approve a sales contract with the developer, which called for an 11-story building.

Over the next year the height of the building increased to 13 stories, as the developers tried to cram in parking for both office tenants and library patrons.

City planning staff and the Plan Commission recommended against approving the project — over concerns about pedestrian traffic safety in the alley and other issues.

Then last month the developers agreed to shrink the design back to 11 stories, provide the full 74 spaces for public parking inside the new structure and lease spaces in the city’s three downtown garages for the office tenants.

But that change did nothing to satisfy critics, who continued to focus on the alley issues and the feared impact of the building on neighboring uses.

With the rejection, the city loses the $4 million proposed sale price for the lot and the city, schools and other local taxing bodies will lose an estimated $1 million in new tax revenue annually.

And Fiske claimed the office building tenants would have generated an additional $2.1 million in annual revenue for downtown restaurants and retail businesses.