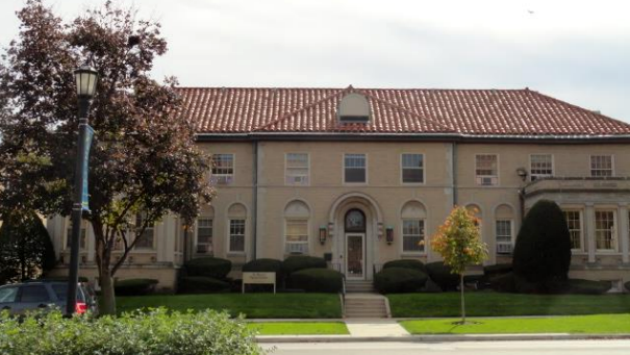 Evanston aldermen gave half a loaf Monday night to leaders of St. Mary's Church, who'd sought to overturn a Preservation Commission degree that they restore the clay tile roof on the parish center building originally constructed as a convent.

The aldermen agreed to side with the preservationists regarding the roof of the main convent building that faces Lake Street, but agreed to let the church replace the roof of the chapel extension at the rear of the building with a fiberglass shingle designed to resemble the clay tiles. 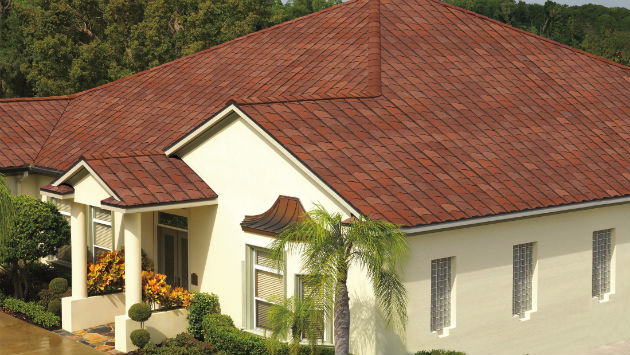 An image from the manufacturer of the GAF Monaco Venetian Coral shingles to be used on the chapel roof.

The church had originally proposed to replace the leaky roof of the former convent at 1012 Lake St. with grey fiberglass shingles that would match those used on the main church building.

Doing it that way would have cost an estimated $91,700, while repairing the entire roof using clay tiles was expected to cost $205,000. Switching to the fiberglass shingles on the chapel portion of the building is expected to reduce the cost of the total project to $153,000.

Alderman Melissa Wynne, 3rd Ward, voted against the compromise, chiding the church officials that her church, only a block away from St. Mary's had done fundraising to make repairs to its building.

But Alderman Don Wilson, whose 4th Ward includes St. Mary's, said he thought the mixed approach was "not an unreasonable compromise" and that the city's insistance on clay tile was putting the church in a difficult position.

Wilson's motion carried 5-2, with only Alderman Eleanor Revelle, 7th Ward, joining Wynne in opposition to it.