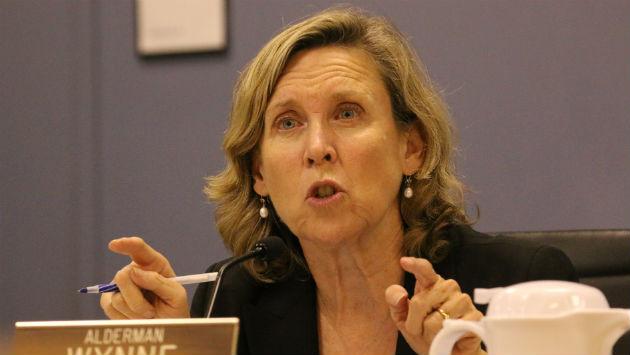 Evanston aldermen struggled Monday to find ways to trim Fire Department spending in the face of resistance from Fire Chief Brian Scott to making any change to the department’s staffing.

Alderman Melissa Wynne, 3rd Ward, said she “doesn’t want to make any cuts to anything” and appreciates the city’s “superb fire service.”

But she noted that the current staffing model was established 35 years ago and has the same number of firefighters on duty 24 hours a day.

By contrast, she said, the Police Department deploys a different number of officers at different times of the day. And she noted that call volume for the fire department “definitely drops overnight.”

Wynne said she’d like to see whether the fire deployment model could be changed to tailor staffing to the need at different times of the day.

Scott, though, stressed the need for “resiliency” — to be prepared for when an emergency happens.

The chief, who’s the former president of the local firefighters’ union, did say he was working with a local hospital to have the hospital pay overtime to firefighters to counsel people who now overuse the ambulance service to connect to other sources for routine medical care.

But he appeared to reject any realignment of the current deployment pattern.

In response to a question from Mayor Steve Hagerty, Scott conceded that only about 90 of the more than 10,000 calls the department responded to last year were major structure fires.

The mayor said the cost of police and fire operations has grown to total 55 percent of the city’s general fund budget and three-quarters of that expense comes from labor costs.

Evanston firefighters have seen wage increases of 22.5 percent since 2009, while the consumer price index has gone up 17 percent in that time.

The mayor said the city would need to impose a double-digit increase in property taxes if it can’t get budget cuts.

Alderman Don Wilson, 4th Ward, said his general inclination is to reject the city manager’s proposal and keep Fire Station 4 open. But he said he was looking for other cost-cutting solutions — reductions in labor costs or call volumes or perhaps shifting to staffing more ambulances and fewer engines.

None of the aldermen who spoke during the meeting appeared ready to close the station.

Peter Braithwaite, 2nd Ward, said some of his constituents would support a new tax targeted to funding public safety.

The Fire Department is expected to be a key issue when the Council holds its next discussion about the 2019 city budget on Monday, Nov. 12