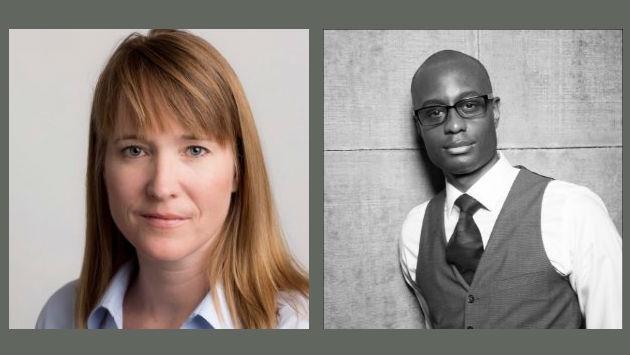 Evanston aldermen Monday are scheduled to confirm mayoral appointments to fill two vacancies on the city’s Board of Ethics.

The nominees are Karena Bierman, the director of gift planning at the Rotary Foundation, and Vincent Thomas Jr., a maritime law enforcement specialist with the U.S. Coast Guard

The short-staffed status of the ethics panel last month led to postponement of a hearing on complaints related to the 5th Ward aldermanic campaign when the board came up short of the quorum required to conduct a hearing. That hearing now is scheduled for April 18.

Bierman is a 1991 graduate of the University of Wisconsin-Madison who also holds a law degree from Loyola University New Orleans. She previously worked as a staffer in the Wisconsin state legislature and as an associate with a Chicago law firm. She also has a hobby of racing vintage motorcycles. She is a member and past president of the Rotary Club of Evanston Lighthouse.

Thomas runs Obsterga Inc., a public policy consulting firm and teaches political science courses at Elmhurst College and DePaul University. He received a masters degree in theology from Northwestern University in 2007 and is studying for a doctoral degree in public policy through the online Walden University. He also was a consultant to Cicely Fleming in her successful campaign for 9th Ward alderman.

The City Council plans only a brief meeting starting at 6 p.m. Monday, because the Passover holiday begins at sunset that evening.

In addition to the ethics board appointments the aldermen are scheduled to confirm appointments of James Gordon to the Citizen’s Police Advisory Committee, of Mike Iverson and Louise Love to the Commission on Aging and of Lynne Sered to the Public Safety Civil Service Commission.

They’re also expected to reappoint Keida Harris-Harty to the Board of Ethics, Sandra Johnson to the Mental Health Board and Douglas Whitmore to the Public Safety Civil Service Commission.

The council has scheduled a full set of meetings to take up its regular load of second-Monday business a week later than usual, on Monday, April 17, to avoid conflicting with the holiday.