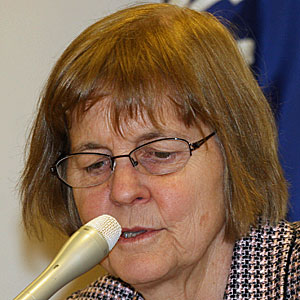 Evanston aldermen will take another look at the process for naming volunteers to city panels after a controversy erupted this week over appointments to the new landlord licensing committee.

Landlord Joshua Braun complained at Monday's City Council meeting that he was told by Mayor Elizabeth Tisdahl that he'd been selected for the committee, but then informed that his appointment had been withdrawn.

The City Council decided to set up the committee to address the issue of whether Evanston should license landlords after aldermen rejected a proposed licensing ordinance developed by city staff.

Tisdahl told Evanston Now Wednesday that Braun's appointment was withdrawn after one alderman, informed of the selection, objected to the choice.

Two of Braun's properties were included on a list the city provided to NU officials last fall of 52 properties said to have unresolved building code or overcrowding issues.

The mayor says the current appointment procedure, in which she selects people to be appointed to committees, but gives individual aldermen the opportunity to object and have names removed before they are formally brought before the City Council for approval, has been in place for years.

It was adopted several years ago after some residents and aldermen objected to the proposed appointment of a Northwestern University official to the city's Plan Commission.

His appointment ultimately was rejected in a public vote by the full City Council.

Alderman Jane Grover, 7th Ward, asked Monday for the review by the council's Rules Committee of what it takes to disqualify someone from appointment to a board or commission.

Referring to the previous controversy, she asked whether affiliation with Northwestern should always be a disqualifier for being on a committee.

She said she was concerned that letting a single alderman block an appointment undermines the fairness of the selection process.

Tisdahl said the current process seeks to avoid having negative things said — at least in public — about people who have offered to serve as unpaid volunteers on city committees, to avoid discouraging people from applying to serve.

The new committee has 15 members, and Tisdahl identified three of them as landlords or property managers.

Braun says none of the landlords on the committee have property near Northwestern University, but all the homeowners chosen do live there. 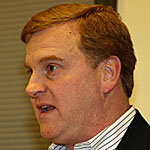 Dan Schermerhorn, a landlord who was named to the panel, said that for too long the licensing issue has been discussed without involving all the stakeholders.

Schermerhorn said he's worked with Braun over the years and was disappointed that he wasn't appointed.

"I can't think of a reason why he shouldn't be part of the committee," Shermerhorn added.