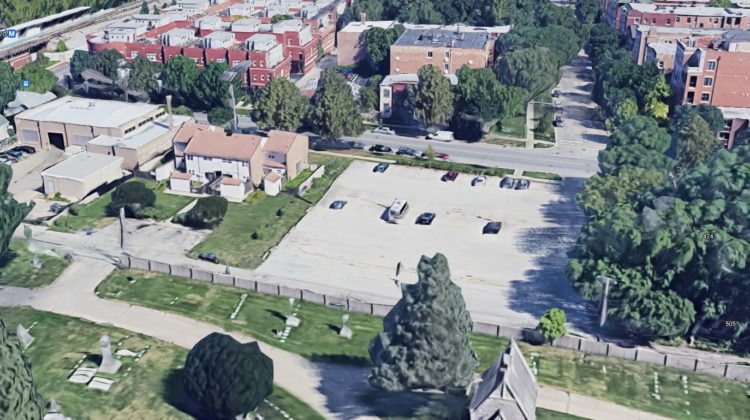 The Evanston City Council is scheduled Monday to approve an intergovernmental agreement with the Housing Authority of Cook County regarding a planned affordable housing development on South Boulevard.

The city has already issued a request for proposals from developers for the site at 504-514 South Boulevard, which includes an underutilized city parking lot and four affordable townhomes owned by the housing authority.

The request for proposals specifies that a new development would need to include at least 16 below-market-rate units, and more if the total unit count exceeded 53 units It says family-size units with three bedrooms are a priority for the affordable units.

While the existing R4 zoning for the site would limit building heights to 2.5 stories, the RFP suggests the site could be rezoned to C1a, which permits a maximum building height of 67 feet, provided that only the southern section of the development, closest to the Calvary Cemetery, rose to that height.

The RFP also says a developer would be required to provide provide 22 permit parking spaces in the project to accommodate the existing demand for the parking lot.

Responses to the request for proposals are due July 16 and city staff anticipates presenting a recommendation to City Council on which proposal to move forward with on Aug. 9.