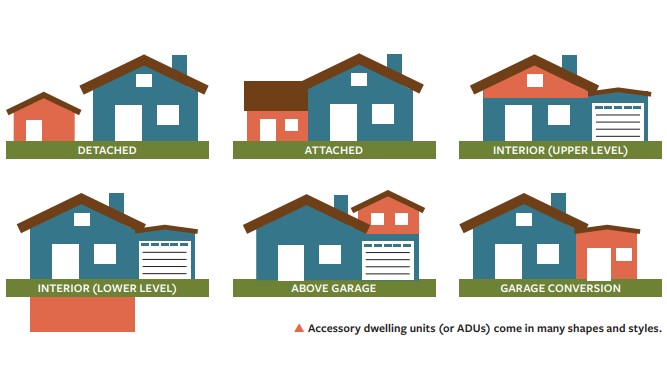 An illustration from an AARP guide to Accessory Dwelling Units.

It’s a continuation of an effort that in 2018 saw elimination of a ban on rental of coach houses to persons unrelated to the owners of the main house on a lot. Then, in January, City Council approved changes that ease restrictions on construction of coach houses, or detached accessory dwelling units.

The ordinance up for a vote tonight expands the options for ADUs beyond the detached dwelling to include units that would be attached to a principal dwelling or incorporated within it.

However, the new rules would still permit only a one ADU on any lot and in most cases limit its size to no more than 1,000 square feet.

The changes would not require the provision of additional parking space for an ADU, but it would require that the main structure and the ADU be under common ownership.

The Plan Commission unanimously recommended City Council approval of the changes at its Aug. 12 meeting.