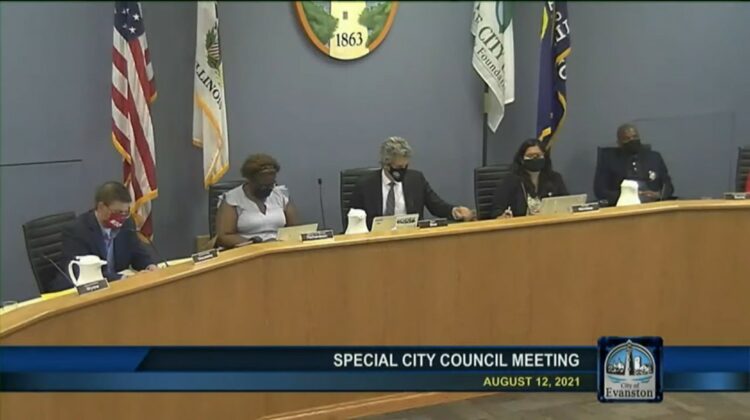 The vote came without any discussion and before public comment was taken at the meeting.

None of the aldermen offered any explanation of their votes before the start of public comment.

After public comment Kelly said she opposed the confidentiality provision of the separation agreement.

Reid said the Council should not have voted on the separation agreement until after the independent investigation of allegations of sexual abuse of city employees at the lakefront is completed.

Mayor Daniel Biss said nothing in the agreement binds the Council’s hands regarding disclosure of the findings of the independent investigation and that he “shares the commitment to transparency” and that there is a lot of support on the Council “for the kind of transparency that the community is demanding.”

Kelly then claimed that she had an email exchange between former Mayor Steve Hagerty and Storlie that shows they knew about the lakefront problems earlier than Storlie has claimed she first became aware of them.

Kelly suggested the confidentiality agreement would prevent her from discussing that. But Ald. Bobby Burns (5th) responded that emails can and frequently are released under the Freedom of Information Act and that the person who requested and received the email Kelly referred to “did not have to do any deep spy activity to get it.”

Burns added, “I fully expect the findings of this investigation to be released to the public.”

The Council then voted to go into executive session at 6:36 p.m.