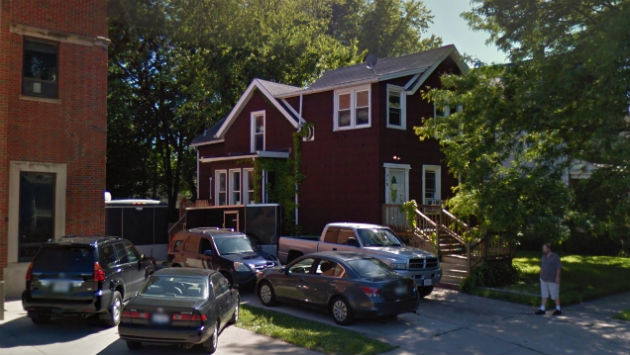 Evanston aldermen are expected to start 2018 with a heavy focus on housing and development issues.

At their first meeting of the new year, on Monday, Jan. 8, they’re scheduled to discuss the proposed 33-story planned development at 601 Davis St.

The proposal, from Vermilion Development, calls for 318-rental apartments, a garage for 176 cars and 7,481 square feet of ground floor commercial space — including a smaller replacement for the Chase Bank drive-through that now occupies part of the site.

The plan drew praise from some speakers at last month’s Plan Commission hearing for preserving and renovating the landmarked two-story University Building  on the corner of Chicago Avenue and Davis.

Affordable housing advocates were split on Vermilion’s  plan fund supportive services for at-risk families as part of its response to the demands of the city’s inclusionary housing ordinance.

But the Plan Commission voted unanimously against the development — saying it was too tall for the site and wouldn’t provide sufficient parking.

At the same meeting, aldermen are scheduled to discuss imposing a moratorium on approval of new vacation rental licenses.

Some aldermen have voiced fears that conversion of apartments to vacation rental use could drive up rents for existing tenants.

They’re also scheduled to discuss another vacation rental license — for a property at 710 Madison St., next to Fire Station #2, at the Jan. 8 meeting.

While the aldermen fret about potential upward pressure on rent rates from vacation rentals, landlords are worrying the downward pressure created by Northwestern University’s decision to require sophomores, as well as freshmen, to live on campus starting this fall.

That decision could create a few hundred new vacancies in the local rental market.

Airbnb today reported that users of its service generated $1.26 million in income for vacation rental owners here this year.

At a special meeting on Tuesday, Jan. 16, aldermen are scheduled to review three planning documents that impact development in Evanston:

On Monday, Jan. 22, the City Council is scheduled to discuss possible revsions to its public benefit rules for planned developments and the idea of trying to extract impact fees from developers in addition to, or as a substitute for the public benefit rules.

The planned development approval process is required for large development projects in the city. It offers developers the opportunity to add extra height and density to a project in return for providing a negotiated mix of public benefits as part of the development.

Some aldermen recently have questioned the extent to which those sweeteners actually benefit the public at large. But if fees or public benefit rules are too stringent, they can choke off development in a community.

Then, on Monday, Jan. 29, aldermen are scheduled to have a special meeting at which they’ll discuss efforts to provide more affordable housing in Evanston.

The city’s 2006 inclusionary housing ordinance, amended late in 2015, requires that developers provide subsidized housing units on site or contribute to the city’s affordable housing fund. Questions have been raised about whether the goals it sets are feasible and what can be done to assure that affordable units are fairly distributed across the community.