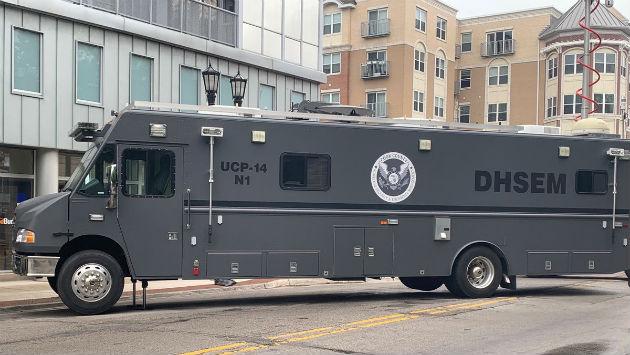 A controversy that broke out at last summer’s Custer Fair in Evanston has led to renaming a Cook County agency to drop “Homeland Security” from its name.

Some visitors to the fair had complained that county agency’s command vehicle, parked at the fair, had made it appear that the event might be the scene of raids by immigration agents working for the federal Department of Homeland Security.

The county agency also plans to drop use of a custom logo that resembled the federal agency’s logo and will use the county seal instead in the future, the department’s director, William Barnes, said.

The agency provides training and equipment to local communities to help respond to emergency situations. It has no role in immigration enforcement.