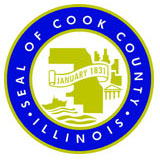 Cook County Board President Toni Preckwinkle says the county faces a 10 percent shortfall in its general fund budget for 2012.

It's the first time the county has issued a preliminary budget estimate, and in a news release she called it "the first step in implementing a more transparent and accountable budget process."

The decline in revenues, Preckwinkle said, is due primarily to delayed reimbursement/collection of patient fees, the .25% sales tax reduction, timing of the 2012 tax sale, increased cost of 2012 elections, and reduction in one-time revenue sources such as one-time collection of delinquent debt.

The president’s office has already met with union leaders, Commissioners and separately elected officials and asked for their ideas potential efficiencies or cost saving measures that will allow for the presentation of a balanced budget recommendation to the Board of Commissioners in October.

“I think the President has shown tremendous leadership by requiring this preliminary budget report,” said Commissioner John Daley, Chairman of the Finance Committee.  “She is sending a clear signal that we have to recognize the economic difficulties we face and work together to address these challenges.”

While typically expenses would be expected to rise, the 2012 preliminary budget indicates a decrease in expenditures.

Preckwinkle says that is due in part to the continued work the county is already undertaking to reduce expenditures. A "strategic sourcing effort" has cut 2012 expenditures by close to $25 million. In addition, the County expects $4.5 million in budget savings due to the new electricity contract.

In addition to an initial projection of 2012 revenues and expenditures, the report also provides a mid-year estimate of current FY 2011 expenses and revenues through the end of the year.

The analysis of projected revenues and expenditures for FY2011 indicates that the General Fund for Cook County will have an estimated shortfall of $116 million by the end of the fiscal year.  Expenditures are projected to come in under budget by $5.7 million and revenues will fall short by $122 million.

This shortfall is primarily due to slower-than-anticipated reimbursement/collection of patient fees at the Cook County Health and Hospital System.