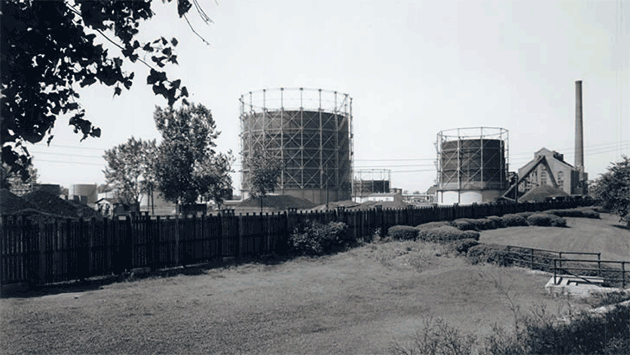 A federal court judge has dismissed Evanston’s suit against two utility companies in which the city claimed that methane gas found around James Park should be treated as solid waste under a federal statute.

U.S. District Judge John Z. Lee ruled that though the Resource Conservation and Recovery Act treats contained gases as solid waste under some circumstances, free-flowing gas doesn’t fall under the statute, which permits local governments and private parties to file suit over the improper disposal of waste.

So he dismissed that claim by the city against Northern Illinois Gas and Commonwealth Edison with prejudice.

Lee also ruled that the city had failed to give proper notice of a separate claim it made against the utilities — that Lowe Process waste oil allegedly created by the companies’ operation of the former Skokie gas plant a few blocks west of James Park — had migrated along pipelines running from the plant, coating city water lines in the area with a black crust and releasing methane gas as it decomposed.

However Lee said the city could refile that claim, once it gives the utilities the 90-day notice required by the statute.

Update 2:25 p.m.: City Attorney Grant Farrar says the city plans to file an amended notice of its intent to sue both entities under RCRA next week. And, Farrar says, assuming both utilities again fail to cooperate with the city in addressing the issues, the city will refile its claim in federal court.

He says the city is also continuing to work with the US EPA regarding these issues.

Mark Ter Molen, the lead attorney for Northern Illinois Gas, says had the court ruled the other way it could have led to subtantial liability for natural gas pipeline companies over alleged natural gas leaks.