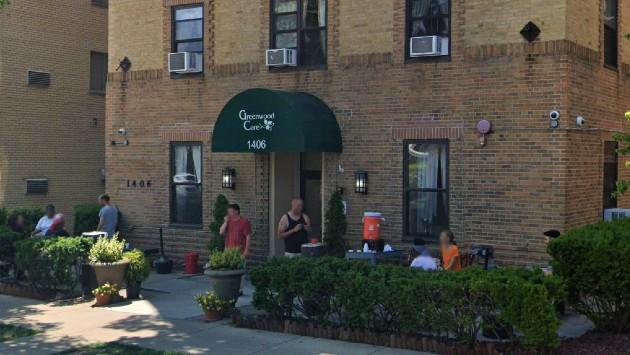 COVID-19 cases reported by the Illinois Department of Public Health at Evanston long term care facilities now total 111, up from 83 late last month, and the reported death toll has increased from five to 10.

The Mather, at 425 Davis St., also appeared for the first time in the IDPH report, listed as having four cases. The Mather on its website today was reporting a total of six cases — three employees and three residents of its life care center, but no cases in its independent living facility.

The Grove of Evanston, at 500 Asbury Ave., showed an increase from 14 to 21 cases and reported its first two deaths.

Three Crowns Park, at 2323 McDaniel Ave., reported an increase from 18 to 24 cases, and the listed death toll increased from four to six.

Westminster Place, at 3200 Grant St., is now listed as having 12 cases, up from 9 in the previous report. On its Facebook page, Westminster Place  says the 12 include 11 staff members and just one resident.

The report shows two additional cases, an increase from 27 to 29, and the first death at Aperion Care, 1300 Oak Ave.

Symphony of Evanston, at 820 Foster St., showed two more cases, to 15 from 13 in the previous report, but still showed just one death.

Albany Care, at 901 Maple Ave., showed no increase from the two cases in the previous report.

The IDPH data for long term care facilities includes cases involving both residents and staff and does not distinguish between them.

The Cook County Medical Examiner lists 14 COVID-19 deaths of Evanston residents and shows seven as having been residents of long-term-care facilities. (The medical examiner’s list does not include two of the six residents of Three Crowns Park who have died of the virus.)

The average age of the seven victims listed by the medical examiner as long-term-care residents was 84 and most were listed as suffering from other health conditions. Five were men and two were women. Six were listed as white and one as black.

The average age of the other seven COVID-19 victims who the medical examiner listed as having died in homes and apartment buildings around Evanston was 76. Most of them also were suffering from other health conditions that contributed to their deaths. Five of those victims were men and two were women. Three of those victims were black, three were white and one was Asian.

While the City of Evanston currently lists 11 COVID-19 deaths, it appears from the Medical Examiner’s data and the IDPH report that the current total of Evanston resident deaths is actually 16 or 17, depending on whether the death reported by the IDPH at Symphony, which is not included in the Medical Examiner’s data, was a resident of the facility, a staff member who lived in Evanston or a staff member who lived elsewhere.

City health officials have previously noted that there often are delays before they are informed of a COVID-19 death.