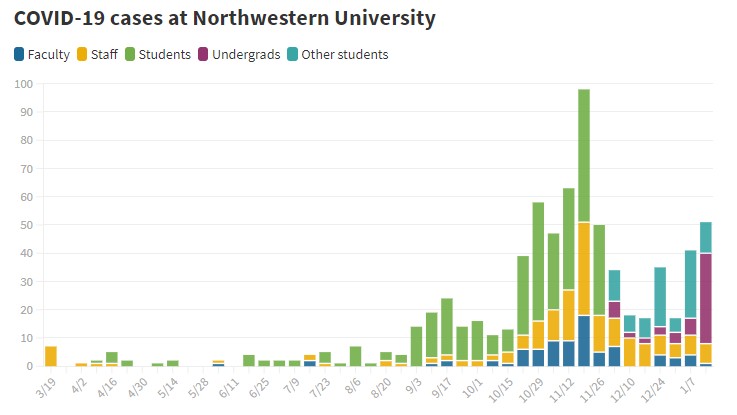 COVID-19 cases reported at Northwestern University increased to 51 this week.

The cases this week affected 32 undergraduate students, 11 other students and seven staff members and one faculty member.

The school says that over the seven-day period ending Thursday it conducted 9,833 tests for the disease, up from 3,624 in the previous period. The positive rate this week was 0.51% compared to 1.1% the week before.

First- and second-year undergraduate students were permitted to return to the NU campus for Winter quarter after having been asked to study from home in the Fall.

Classes began Monday for undergraduate students, but all classes were held remotely during the first week.