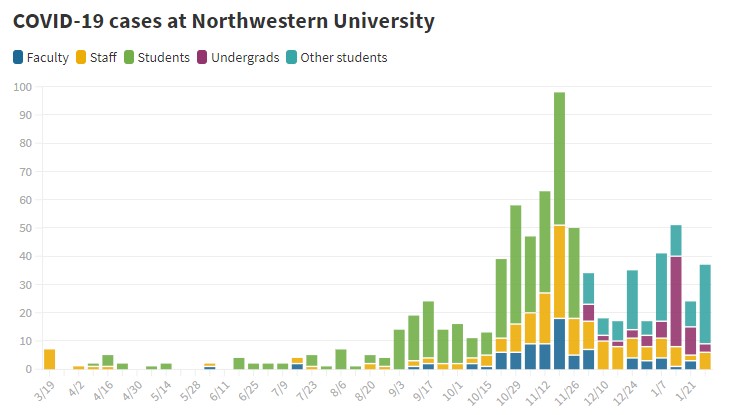 COVID-19 cases reported at Northwestern University increased to 37 this week.

The cases this week affected three undergraduate students, 28 other students and six staff members. No faculty members were reported to have tested positive for the disease this week.

The school says that over the seven-day period ending Wednesday it conducted 10,403 tests for the disease, up from 7,461 in the previous period. The positive rate this week was 0.35% compared to 0.54% the week before.