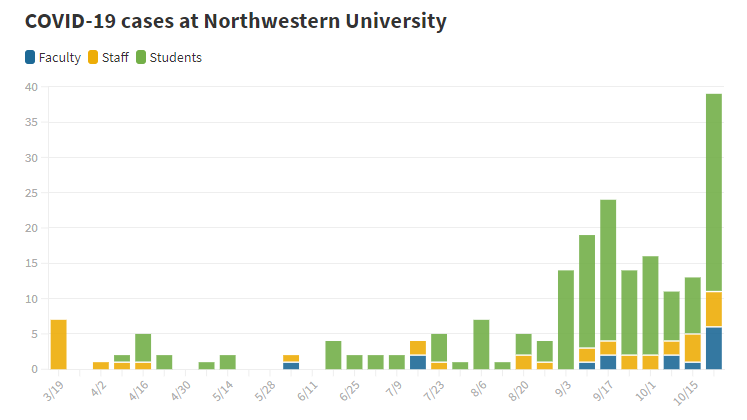 Northwestern University this afternoon reported its worst week yet for COVID-19, identifying 39 cases in the past seven days affecting 20 students, five staff and six faculty members.

That’s up from 13 cases reported the previous week.

The school school says that over the seven day period ending Wednesday it conducted 4,948 tests for the disease, down from 5,109 in the previous period and found 28 new positive cases for a positive rate of 0.57%, more than double the 0.23% rate for the previous period.

Late last Friday NU announced that it was switching from hybrid to all remote classes for its full-time MBA students in the Kellogg School of Management for two weeks after at least four students in the grad program tested positive for COVID-19.