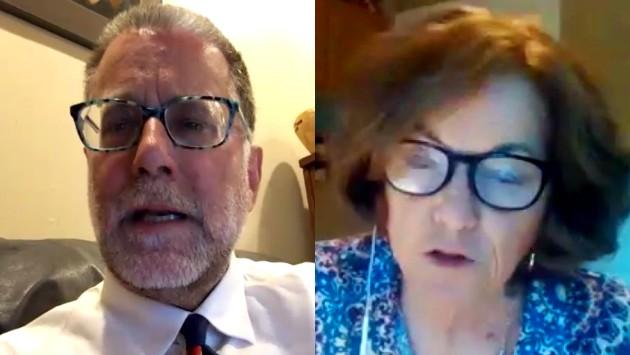 Coyne, who’s a friend and political ally of Rob Bady, who narrowly lost to Rainey in the 2017 municipal election, filed the complaint after Rainey responded to attacks Coyne made on her during public comment sessions at the April 1, 2019, Rules Committee and City Council meetings.

He claims that her remarks constituted electioneering in favor of his and Bady’s opponents in the Ridgeville election held the next day. In that election Coyne narrowly won reelection to the board but Bady lost his seat by a two-vote margin.

Coyne filed his complaint last November and, because of resignations of ethics board members and pandemic-related scheduling delays, it wasn’t heard until now.

Coyne claims a section of the city’s ethics code in effect at the time barred elected officials from engaging in “any activity in furtherance of an effort to influence the selection, nomination, election, or appointment of any individual to any federal, state, or local public office.”

However, while the code used that phrase in defining “campaign for elective office” it defined “prohibited political activity” with a series of more specific examples — which generally are phrased in terms of prohibiting actions in support for a candidate and are silent regarding voicing opposition to one.

Rainey, 8th Ward, did not mention the election or candidates in the race other than Bady and Coyne in her remarks.

The City Councll has since approved a rewrite of the city’s ethics code that redefines prohibited poltical activity in a way that appears to make clear that verbal criticism such as that engaged in by Rainey would not be prohibited.

The former code, as interpreted by Coyne, would appear to give candidates for office blanket protection against being criticized by city officials, protection that would not be afforded to any other citizen.

Rainey told the board nothing she said violated the ethcis code. “He came and attacked me on city property,” she said, “and I was required to be there.”

“I defended myself. I did not wish him well. And that’s not a violation,” Rainey said, adding, “I hope he can get over himself.”

Official seeks to punish another for criticizing him (11/11/19)