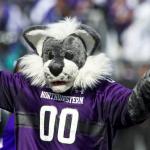 Northwestern begins a season-long eight-game homestand at Rocky Miller Park this afternoon when Illinois comes to town to open a three-game series. Sunday’s series finale will be televised live on the Big Ten Network and it marks the first of five network television appearances for the Wildcats this season.