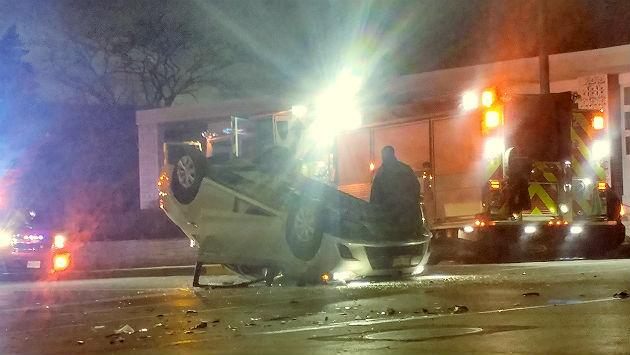 Evanston police have charged a 36-year-old Skokie woman with driving under the influence after she was involved in a collision at Crawford Avenue and Central Street Saturday.

Police Cmdr. Joseph Dugan says Rebecca Callister was westbound on Central Street in her 2016 Toyota at 5:05 p.m. when she turned left in front of an easbound vehicle at Crawford Avenue.

She complained of pain to her neck and was transported to Evanston Hospital.

Dugan says Callister appeared to be intoxicated and an open bottle of an alcoholic beverage was found in her car.

In addition to DUI, she’s been cited for failing to yield while making a left turn, having an open container of alcohol in the car and no proof of insurance.