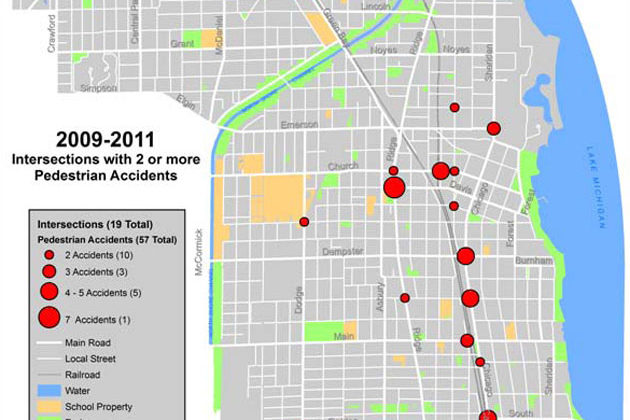 City officials will tell Evanston aldermen tonight that the number of pedestrian accidents has dropped by half over the past two decades, while the total number of motor vehicle crashes has declined by 40 percent.

In 1990, 104 pedestrians were involved in accidents on city roadways. That number dropped to 52 last year. The total number of crashes fell from 3,241 to 1,963 during the same time period.

Those numbers exclude accidents on private property and in alleys. The police department says the total number of traffic crashes last year was 2,458. 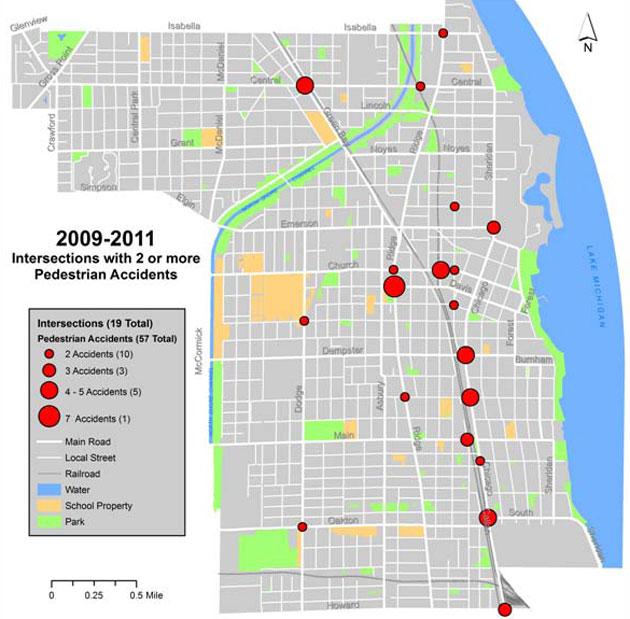 Police Chief Richard Eddington and Public Works Director Suzette Robinson credit several factors for the improvements — ranging from upgrades to traffic signals and signage to traffic law enforcement and the city's new ban on cell phone use while driving.

The police department issued more than 19,000 traffic citations last year, with nearly half issued by the department's six-officer traffic bureau. 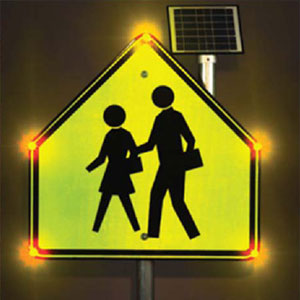 Eddington and Robinson are suggesting a variety of ways to increase safety at crosswalks — including the possible installation of solar-powered, pushbutton-activated, flashing signs at school crossings.

Their report suggests that the city form a committee to evaluate which intersections should get what kind of improvements, with members from Northwestern University's traffic institute, a traffic engineering consultant and the police and public works departments.

The committee would also evaluate where to post crossing guards, whether to add permanent radar speed displays in some locations and consider whether the city-wide speed limit on major streets should be reduced from 30 to 25 miles per hour.

If approved by the council, the committee would hold a community meeting in July to present its preliminary report and present afinal report to the City Council Aug. 6, with a goal of implementing as many recommendations as possible by the start of school this fall.

The report follows concerns raised about a child hit by a car last month in a cross-walk near Oakton School and a rejection by the City Council of a proposal to impose a 24/7 speed limit of 20 miles per hour on Oakton Street.

Child hit by car near Oakton School in Evanston