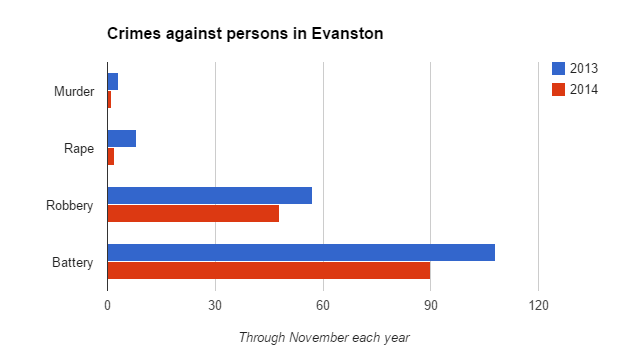 Evanston has seen a sharp decline in crimes against persons so far this year, but it has also recorded a slight increase in property crimes.

The four crime-against-persons categories included in the major crimes report to the Federal Bureau of Investigation — murder, criminal sexual assault, robbery and aggravated assault and battery — are down nearly 20 percent through November of this year compared with the same period in 2013.

But figures released this week by the police department show the four property crime categories in the report — burglary, theft, motor vehicle theft and arson — increased by 1.6 percent.

Combine the two groupings and — because property crimes are much more numerous than crimes against persons — you end up with an overall decline of just 0.36 percent. 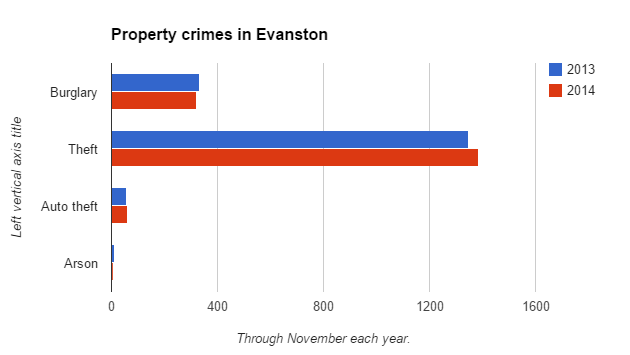 In 2013 Evanston's overall crime rate decline 9.8 percent — led by an extremely sharp decline in December, a month when temperatures were much lower than average.

So far no luck on the weather front for cutting crime this month.

Comparable numbers for 2014 for most communities won't be available until after the first of the year, but New York City officials reported earlier this month that crime is down sharply there so far this year.