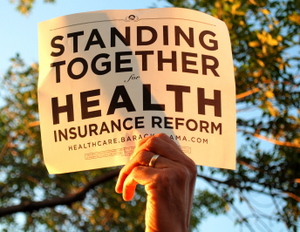 But much of the “discussion” was going on outside, and some Evanston residents stood among the throngs of finger-pointed, sign-toting demonstrators that came to support reform or lash it.

“Healthcare for all!” one crowd chanted, getting the occasional beep of solidarity from drivers passing Niles West High School, where Schakowsky held the meeting. The school wasn’t taking any more people in – the town hall meeting was packed – but that didn’t mean they were just going to go home.

Especially because an entirely different pack of people congregated on the sidewalk next the school, somewhat outnumbered but not to be outdone, crying “No Obama, keep the change!” Some had taken sharpies to the president's upper lip to get their point across. 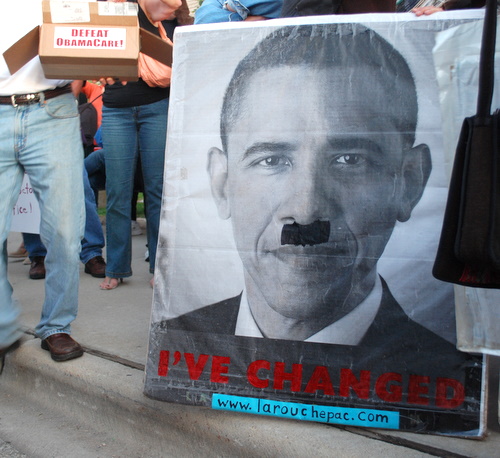 “It’s a euthanasia bill, and we’ve got to smash it,” said Anthony DeFranco, 52, of Chicago. “Hitler’s killing machines started with euthanasia.”

But Juli Pacheco, Evanston, 41, of 1032 Ashland Ave., said the country is ready for healthcare reform.

“It’s about time that we start taking care of our people,” she said. “There’s a lot of people that are paying way too high for premiums for their healthcare.”

Helen Crowley, 46, of 1318 Cleveland St. said that the United States, as the wealthiest nation in the world, has an obligation to provide healthcare for everyone.

“The idea that we cannot find a way to provide quality, affordable access for everyone in this country is unconscionable,” she said.

Individual arguments started off here and there. Some debates retained their initial civility; others turned into shouting matches. And, of course, some “debates” were shouting matches to begin with.

The two factions came steadily closer as the town hall meeting continued inside, eventually coming face-to-face on a road that was part of the Niles West High School parking lot.

At one point, people from either side had to hold two men back who were getting a little too into it. And when the meeting began to wind down inside and police tried to clear the road, the impassioned crowd would only disperse when a police car gradually rolled though them.

Evanston resident Paul Jacobs, 36, of 900 Washington St., said many of the anti-reform demonstrators at the scene weren’t thinking for themselves.

“A lot of these people are just taking statements that other people have given them and haven’t really thought it through,” he said.

Meanwhile, the other side accuses reform supporters of the same ignorance. “I’m not sure how much they think,” Rick Reitze, 63, of Rogers Park said. “It may be just that they’re part of a group.”

More photos from the event: 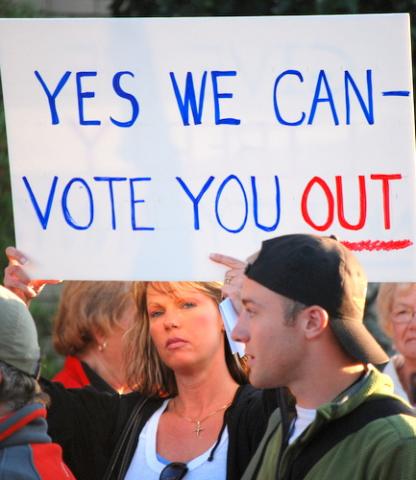 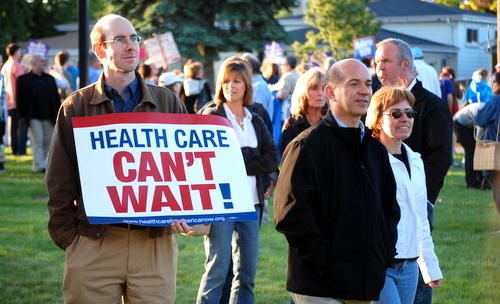 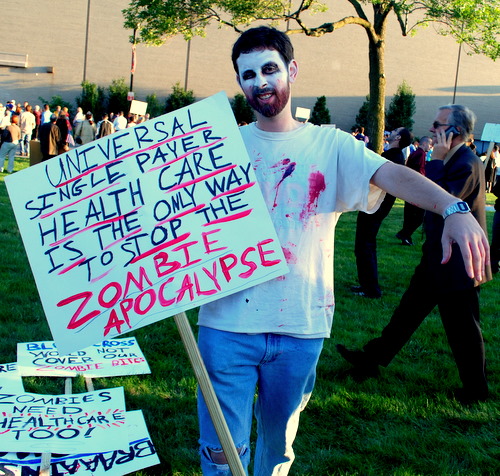 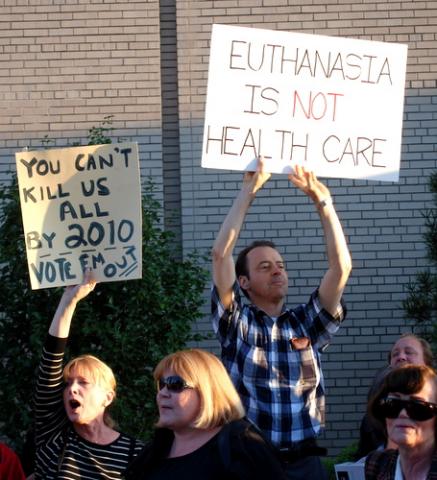 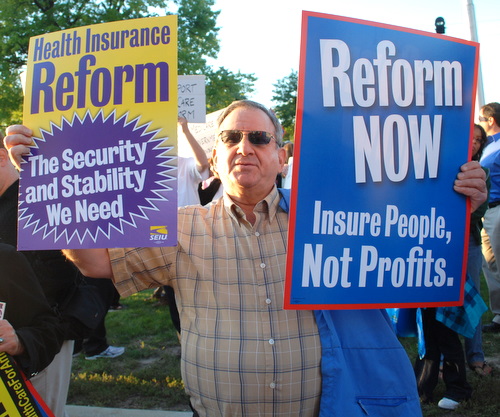 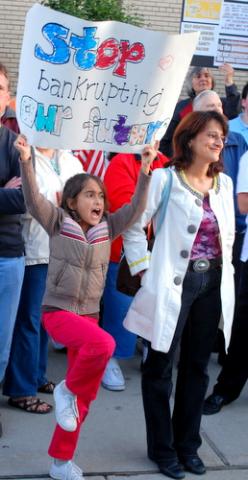 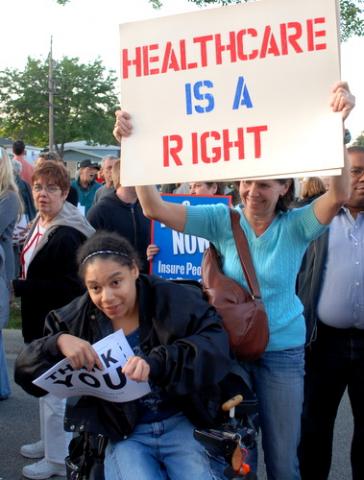 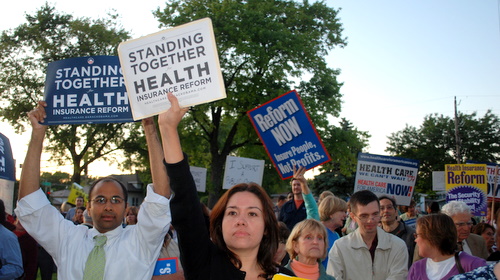