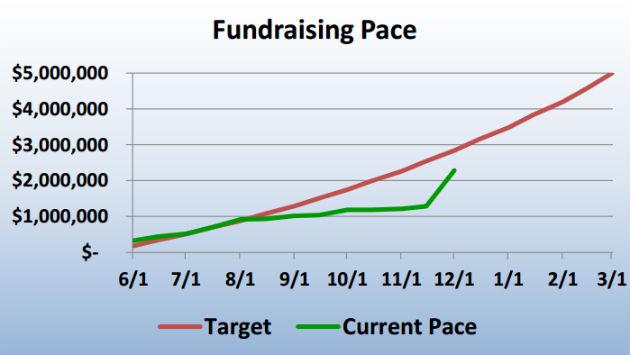 Although its picked up recently, private fundraising for a new Robert Crown Community Center in Evanston is lagging the target rate established by the city's fundraising consultants.

A report to be presented to City Council tonight says that, as of last Tuesday, a total of $2.283 million had been raised toward the project, which seeks to raise $5 million by next March.

The report says that 39 people have made pledges so far, while 15 potential donors contacted have refused to discuss a contribution or declined to make one after being briefed on the project. About 46 other donors are in the process of considering a possible gift and the fundraisers have identified close to 600 other potential donors.

The city and the library board have committed to issue a total of $12.5 million in bonds to cover the majority of the project cost.

Replacing or substantially renovating the 1970s-vintage Crown Center has been under consideration by city officials for over a decade.