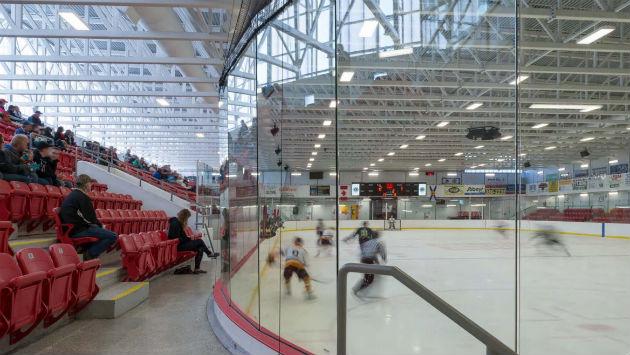 Gifts from private donors for a new Robert Crown Center in Evanston have topped the $8.8 million mark, and a report from the city’s fundraising consultant indicates the ultimate total could “greatly surpass” the $10 million goal.

In a report to be presented to aldermen Monday night, Assistant City Manager Marty Lyons says another nine to 12 months of fundraising time is available before construction of the building begins. He added that completion of final drawings for the facilty around the end of this year should provide another boost to fundraising efforts. 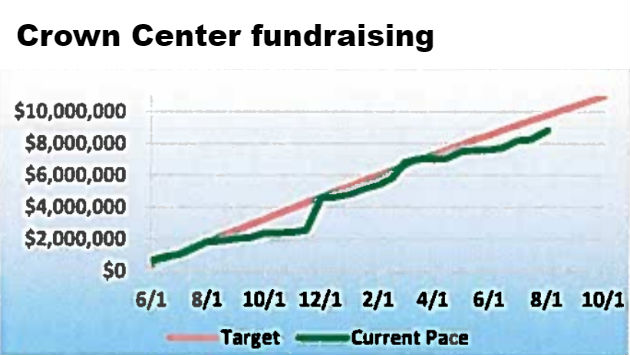 A chart included in the latest report from the fundrasing consultants.

Lyons says city staff is beginning to assume the work of pledge redemption and administration as well as providing support for other city-related donor projects, including the Police and Fire Foundation, the library endowment and the parks foundations.

He says the city will soon need to decide whether to extend the city’s contract with consultant CCS Fundraising beyond its scheduled conclusion at the end of next month.

A year ago the consultants had projected that fundraising would hit the $10 million mark by last March, combining the $5 million match from the anonymous lead donor with $5 million in other community gifts.

Earlier this month architect Andy Tinucci showed revised preliminary plans for the center at a community meeting — plans that shaved 10,000 square feet from the building’s footprint, reducing it to 90,000 square feet.

The city has pledged to issue $10 million in bonds to help build the new facility, and the Library Board has pledged $2.5 million to include a 5,000 square foot library branch in the building.