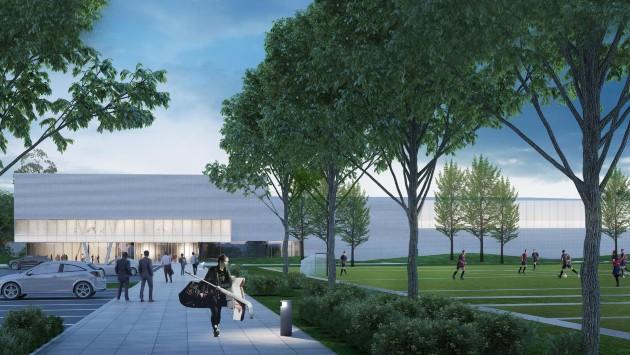 That raises the funding from the governor’s Rebuild Illinois capital bill from $1 million to $1.5 million and boosts the Crown Center capital campaign over the $14 million mark.

“We can’t thank Sen. Laura Fine and Reps. Robyn Gabel and Jennifer Gong- Gershowitz enough for their dogged determination in getting Evanston it’s fair share of Gov. Pritzker’s state capital bill. Thanks to our legislators, Friends of the Robert Crown Center is down to the final $1 million left to raise to complete the capital campaign,” said Daniel Stein, president of Friends of the Robert Crown Center.

Governor Pritzker signed the $45 billion Rebuild Illinois capital spending plan on June 28, 2019, which at the time included $1 million toward the new RCCC. At end of the 2019 Spring Session, a clerical error omitted Senator Fine’s request for an additional $250,000 for the RCCC and a trailer bill to correct the error was not acted on in the 2019 fall veto session.

During last month’s special session to pass an emergency budget and reauthorize a few critical bills including Rebuild Illinois, Senator Fine managed to win even more funding for the project. Senate Amendment 1 to House Bill 64 added $500,000 to the Rebuild Illinois commitment to the new RCCC, which now consists of two grants of $750,000 each, for a total of $1.5 million. House Bill 64 passed on May 24 and was signed by Governor Pritzker on Friday.

Interim City Manager Erika Storlie praised the lawmakers, saying they “are great allies to the City of Evanston, and we thank them for keeping their eyes on the prize.”

The new Crown Center opened in February and demolition of the old center was completed last month. Three illuminated artificial turf fields are now under construction and are expected to be completed in late July or early August.