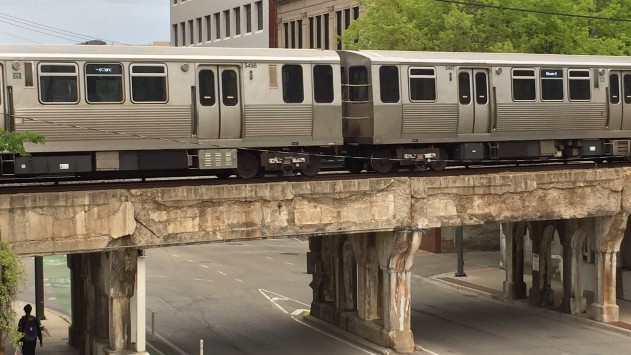 The Chicago Transit Authority has suspended rapid transit and bus service from Evanston to Chicago’s Loop after early morning looting in downtown Chicago.

The Purple Line is running only from Howard to Linden and Red Line service has been suspended south of Fullerton.

The Yellow Line service from Skokie to Howard Street is running normally.

Update 8:10 a.m.: The CTA says its now in the process of restoring bus and rail service in downtown Chicago.