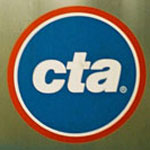 Evanston city officials say the CTA station cleanup program announced Tuesday will include stations on the Purple Line in Evanston.

The city's intergovernmental affairs coordinator, Matt Swentkofske, says CTA officials tell him work has already been done on the South Boulevard station over the past few weeks as part of this new program.

CTA workers and contractors power washed the station, replaced the roof over the stairs and made other miscellaneous repairs. It was about a $75,000 investment from CTA, Swentkofske says.

Work on the Noyes Strett. station has just begun.  Rotted roofing over the passenger waiting area was removed last week. Between now and December the CTA will make repairs to the roof as well as other moderate repairs and give the entire station a deep cleaning.

The rest of the Evanston CTA stations will be addressed in 2012 with Davis Street scheduled to begin sometime in the early summer and the rest of the stations to be done after the work at Davis is completed.