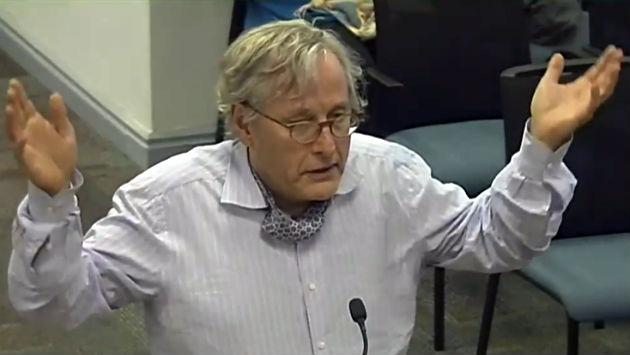 Chicago Cubs pitcher Yu Darvish doesn’t just want to build a six-foot fence around his new Evanston lakefront home. He also wants to expand the property by buying a roughly 1,800 square foot slice of shoreline land from the city.

Neighbors opposed to the fence scored points in the first inning of their battle Tuesday night when the city’s Preservation Commission recommended against approving a zoning variation for it.

The first block of Kedzie Street, in a view from the city’s property browser mapping tool.

The land Darvish wants to buy is just north of the north property line of his lakefront home at 90 Kedzie St. (The approximate locations of the property lines are shown in red in the map above.)

As described in documents submitted to the city, the land he wants to acquire would run roughly 20 feet north from the property line and about 90 feet west from the shoreline.

It now contains a partial fence and plantings that may appear to be part of Darvish’s land, but actually are on public property.

Front yard fences have generally been prohibited in Evanston since 1999 and, on the few streets where they are allowed, they’re limited to four feet in height.

Darvish also wants to fence off the adjoining vacant lot he owns at 92 Kedzie.

Darvish bought the home and vacant lot last month for $4.55 million through an LLC.

Darvish’s two closest neighbors both opposed his fence plan in testimony before the Preservation Commission.

Pierre Durand, who has owned the Howard Van Doren Shaw-designed mansion at 747 Sheridan Road since 2000, says he and the former owners of Darvish’s home agreed several years ago to buy and demolish the two intervening houses between them, at 92 and 94 Kedzie on the understanding they’d create a wide open space there.

While Darvish has argued he needs the fence for security, Durand said that with the planned fence and tall bushes it “would be the beginning of the end of the neighborhood” and that it wouldn’t add to safety because it would obstruct the view and “there could be crazy people inside the yard doing violent things and we wouldn’t know.”

Alexis Eyler, who recently moved to the John Van Bergen-designed home at 741 Sheridan Road, said nobody in the area has a six-foot fence.

“I respect the owner’s desire for privacy, but this will affect our views.” She also said that prior owners of her home had obtained an easement to protect views of the lake that would restrict what Darvish could build.

“We have safety concerns too,” Eyler said, and Darvish’s desire for privacy could lead “to people trespassing across our property.”

Matt Rodgers, a zoning consultant representing Darvish, said his client has young children and dogs that he wants to protect from risks along the shoreline riprap.

But Eyler said she protects her dogs with an electronic fence and that in 13 years of living along Sheridan Road she’s never known of problems with kids running into streets.

There are other famous, prominent, wealthy people with security concerns living along Sheridan Road, Eyler said, and they haven’t locked themselves behind fences.

“If you want to live in a gated community,” Eyler said, “move to Burr Ridge.”

Without a variation, under the city code Darvish could build a six-foot fence along the back and side property lines. But a fence toward the front of the property would have to be set three feet behind the front wall of the house — meaning the front yard would remain unfenced.

Rodgers said the relatively shallow existing front yard is driving Yarish’s desire to acquire the city-owned land and include it within his proposed fence.

He said the planned fence would be of wrought iron but with tall shrubs along at least portions of the fence line.

The Preservation Commission voted to table discussion of the fence design until its next meeting, July 10.

Scott Mangum, the city’s zoning administrator, said the height and front-yard fence variations requested could be granted or denied administratively by staff.

Sale of the city-owned land would require City Council approval.