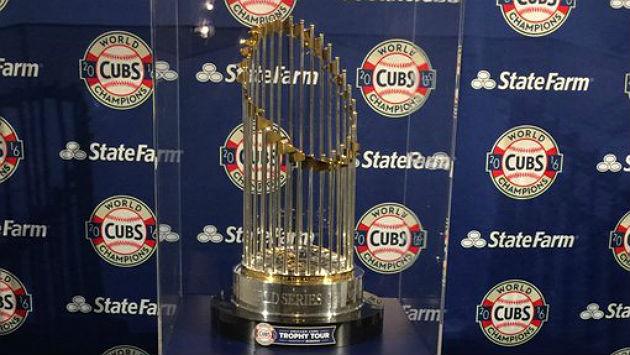 The Chicago Cubs World Series Trophy is scheduled to be on display at the Evanston Civic Center this Sunday.

The  trophy has been making the rounds since December, and the Evanston visit will be one of the last in the Chicago area before the trophy moves on to Iowa, Michigan and Arizona starting later this month.

The World Series Trophy, also known as the Commissioner’s Trophy, was originally created by Major League Baseball in 1967.

The 24-inch trophy features 30 flags, one for each MLB team, with latitude/longitude lines symbolizing the world, and 24-karat vermeil stitches representing those on a baseball

Each year, one full-sized trophy is constructed and presented to the winner of the World Series by the baseball commissioner.