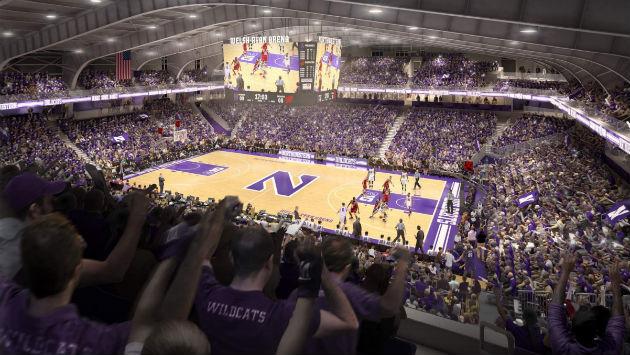 Northwestern University will seek final city approval this afternoon for its $110 million project to renovate Welch-Ryan arena at a meeting of the city’s Design and Project Review Committee.

The project, unveiled nearly a year ago, is described as the first complete renovation of the McGaw Memorial Hall building in which the basketball arena is located since it was built in the early 1950s.

The school hopes to have the work completed by fall 2018.

More mundane items on the DAPR agenda today include revisions to previously approved improvements at Autobarn Mazda at 1015 Chicago Ave., a proposed concrete wall around a ComEd substation at 2506 Green Bay Road and a special use permit for a commercial indoor recreation facility at 1324 Dodge Ave.