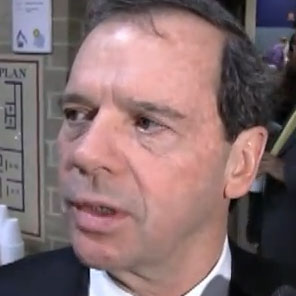 Senate President John Cullerton, D-Chicago, introduced the Corporate Disclosure and Responsibility Act on Wednesday and said the goal is to help the state and public evaluate the effectiveness and need for corporate tax breaks, such as the deal offered last year to the CME Group Inc. and Sears Holdings Corp., aimed at keeping them in Illinois.

The measure goes to the Senate for a vote after passing the Senate Executive Committee by a vote of 9-5, with Republicans voting no.

Senate Minority leader Christine Radogno, R-Lemont, said it was "political gamesmanship" on the part of Cullerton and Senate Democrats, calling the measure "a cheap shot to the business community."

Among the required disclosures in the bill are publicly traded companies' income, including from subsidiaries, before and after tax credits, as well as their total taxable income, and other more technical information similar to what they file with the Securities and Exchange Commission.

Companies would give the information — with a two-year delay — to the Illinois Secretary of State, who would make the files public.

The Illinois Chamber of Commerce said the bill would be burdensome and could threaten competitiveness.

"It flies very much in the face of a long tradition in Illinois, and we'd say across the nation, for confidentiality of tax returns," said Todd Maisch, vice president of government affairs at the chamber, which advocates for state businesses.