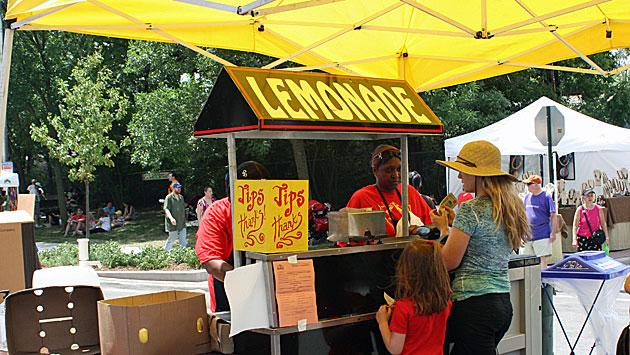 Custer Fair, the street festival that has launched the summer season in Evanston for decades, will decamp this year to Whiting, Indiana, amid recriminations between fair organizers and city officials.

Fair organizers Steve and Tammy Szostek, in a Facebook post today, blamed the move on the city’s decision to station a county mobile command post vehicle at an entrance to the fair last year that brought complaints from some attendees because of its homeland security markings.

“We were being attacked for something beyond our control, yet no one wanted to hear our side,” the organizers say in the post.

In addition, the Szosteks say, the city wanted to add more fees that made it “near impossible for the fair to survive.”

City officials fired back in a Facebook post of their own late this afternoon, saying the city “has supported and accommodated this special event through the years by providing traffic management, food inspections, public safety personnel, event promotion and other services.”

But, the city’s post says, leadership changes at Custer Fair have resulted in instability.

“Non-profit partners have reported not receiving their fair share of donations from the event,” the post says, “and the city has not been reimbursed for the many hours of staff time and resources necessary to make this event possible.”

Whiting, which previously has been best known on the festival front for its annual Pierogi Fest in July, will now add the Custer Fair to its schedule for Father’s Day weekend in June.

The Szosteks are promising that at the new Whiting lakefront location Custer Fair will be “the same family-friendly fair it has always been.”