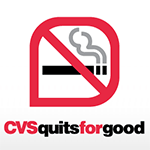 CVS, the national drug store chain with three locations in Evanston, announced today that it will stop selling tobacco products in its stores by October.

In a statement, CVS President Larry Merlo said the move "is simply the right thing to do for the good of our customers and our company. The sale of tobacco products is inconsistent with our purpose – helping people on their path to better health."

CVS, headquartered in Woonsocket, R.I., describes itself as the largest pharmacy health care provider in the country.

Deerfield-based Walgreens, which also claims to be the nation's largest drug store chain, issued a statement this morning saying it's continuing to evaluate its options regarding tobacco sales.

While the City of Evanston has been a leader in efforts to restrict smoking in public places, recently expanding its restrictions to include e-cigarettes, the city also receives about $300,000 a year in revenue from taxes on cigarette sales.

That's down by more than 50 percent from what the city received as recently as two years ago, and officials speculate that smokers may by buying their cigarettes in other communities to avoid the high tobacco tax rates here.

Some other communities, including San Francisco and Boston, have banned sale of tobacco products in any retail stores that include pharmacies.

CVS officials say that as the company has expanded health clinics in its stores and tried to become more a part of the health care delivery system, the continued sale of tobacco products has led to some awkward conversations.

The company says tobacco products now account for about $2 billion in annual revenue at its stores, but it doesn't expect the switch to impact earnings.