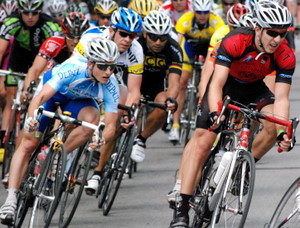 It featured several races for men and women of different levels of skill. Competitors raced past Fountain Square at speeds topping 30 miles per hour.

More photos from the event 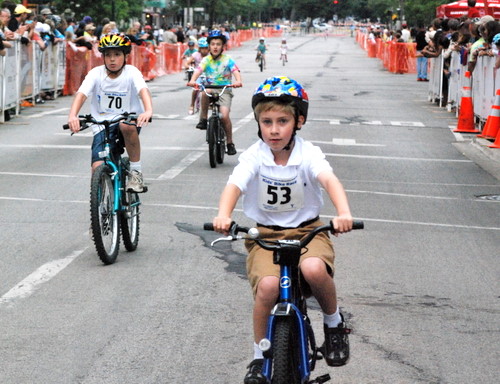 Children race down a shortened track in the Kids Bike Race. 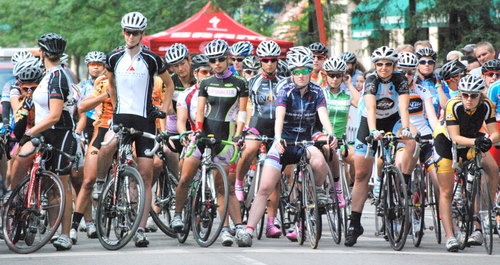 Competitors form up at the start line in the Women’s Pro Race. 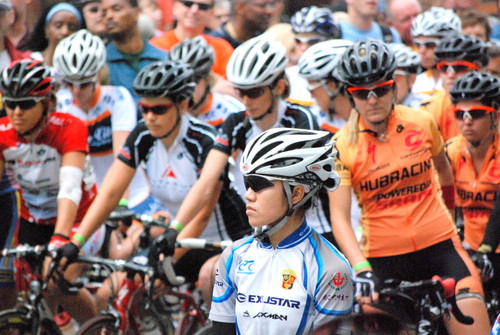 Competitors wait for the airhorn. 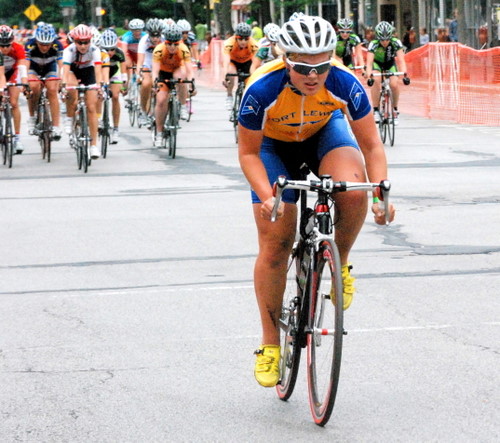 The air horn sounds, and racer breaks off from the main group early in the contest. 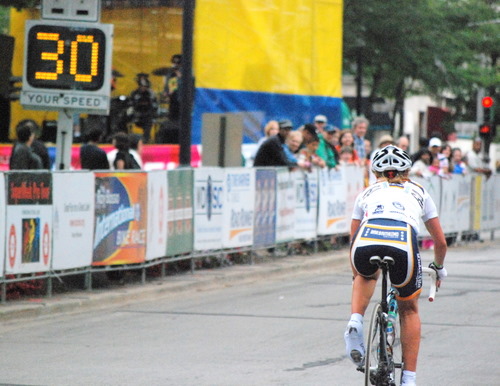 The competitors clock 30 miles per hour and beyond. 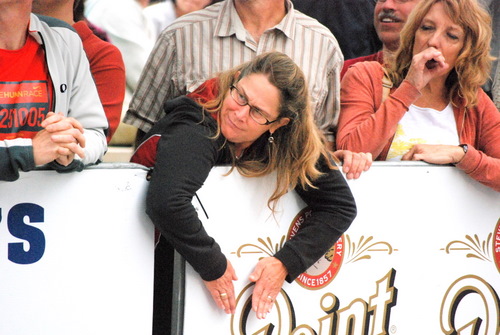 Spectators hit sponsor boards along the course to cheer bikers on. 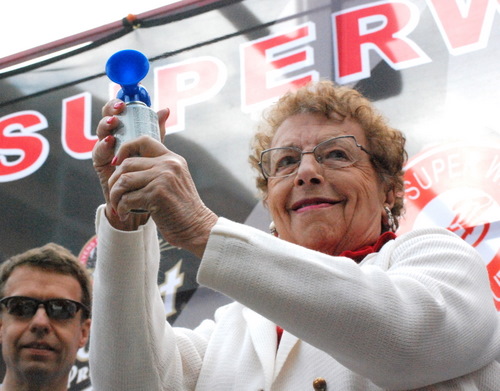 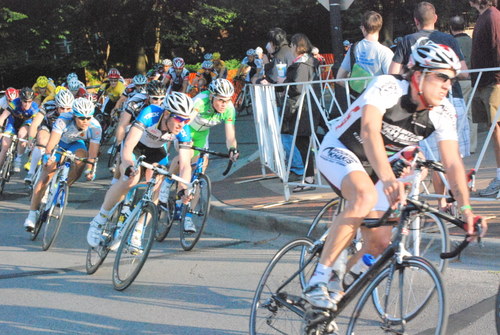 The men stick close to the curb in this sharp turn. 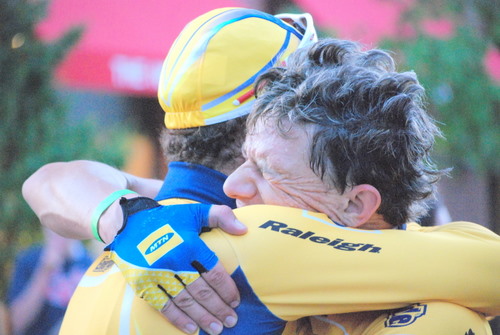 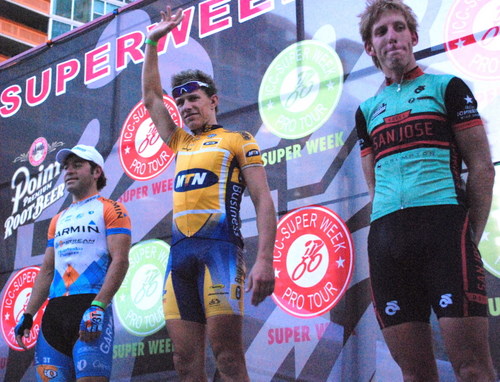 For results from the race, see the tour website.