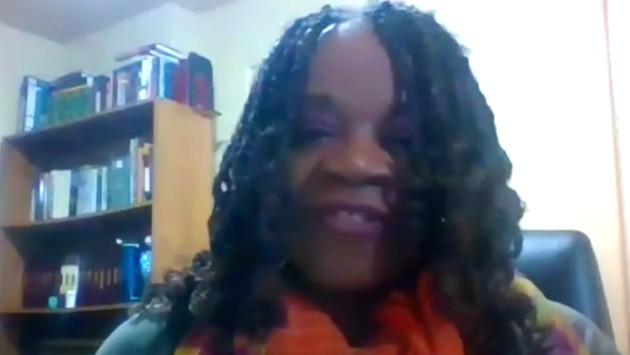 Savage-Williams has served as president since 2015, while Parsons was first named vice-president in 2016.

Peter Bavis, the school’s assistant superintendent for curriculum and instruction was re-appointed board secretary and Mary Rodino, chief financial officer, was re-elected board treasurer.

Carmiya Bady was seated as the student member of the board. She was elected by the student body on May 8, and will serve through May 10 next year.

In a staff memo, Rodino reported that the district’s financial situation is “in good shape” for this year, with most revenues on track and most spending under budget.

Additional COVID-19 expenses include $40,000 for mobile hotspots, an additional $17,000 in IIT expenses, $43,500 in additional cleaning supplies and face masks as well as another $120,000 for summer curriculum planning and salaries.

Rodino said that the budget for 2020-21, to be reviewed by the board in June, will reflect “significant uncertainties,” including potential reduction in the amount of state funding.

She said that the state considers the district to be Tier 4 for the state’s Evidence Based Funding program. Passed in 2017, EBF sends more resources to the state’s most under-resourced students, with Tier 4 schools considered to be the most well funded.

Rodino said that ETHS is on track to receive about $3 million from the state for the current school year, but she’s concerned that funding for Tier 4 schools will be reduced next year if the state’s revenue significantly decreases.

Rodino said she is developing financial models to reflect four options for budgeting, including fast reopening of the economy, worst case scenario and “it never happened.”

Rodino said the district has received $289,000 in funding from the federal CARES Act and has registered the district with FEMA, for reimbursement for mobile hotspots.

She has asked department heads to be conservative about expenditures and hopes the district will be permitted to carry over some Title 1 federal funds not spent this year. She also noted that $1 million in planned capital spending can be reallocated if needed.

Board member Gretchen Livingston asked about the possibility that some Tier 4 districts might be asked to return state funding back to 2017.

Rodino said that the state’s effort to clawback funding would be devastating and noted that the board has maintained a healthy fund balance to accommodate four to five months of spending to allow time to create a “disaster budget.”