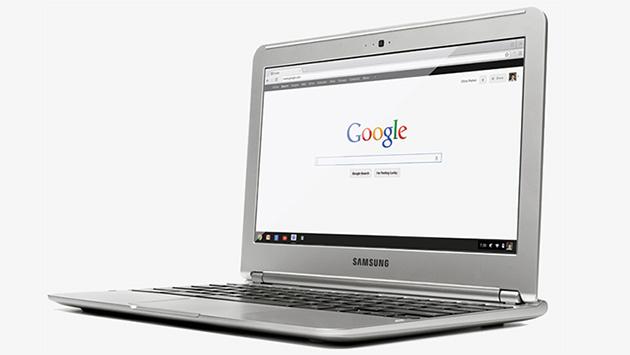 Members of the Evanston Township High School District 202 Board expressed approval Monday night of a concept of providing all freshmen next year with Chromebook computers.

David Chan, who heads information and instructional technology at the school, told the board at its regular monthly meeting that Chromebooks offer an opportunity for students to create and access their work anywhere they happen to be, whether in school, at home, or having a snack at McDonald’s.

Because of the school’s WIFI connections, it “can create learning spaces anywhere in the building,” rather than just in the library or computer labs, Chan said.

Chan has headed a faculty committee that has done extensive research of other schools, including Chicago-area districts in Leyden, Maine, Niles, and Glenbrook townships, that utilize the Chromebooks technology. His committee has crafted a plan for ETHS that is based upon the experience in these other districts.

Basically, the school would purchase enough Chromebooks, at less than $300 each, that it would lease, sell, or lend to students in a way that would be cost-effective for the district while ensuring that every student has his or her own Chromebook to use.

The work they do is stored in remote servers, commonly referred to as “the cloud,” that students can access anywhere there is a computer with a WIFI connection.

One of the board members asked about the risk of theft, as many electronic devices such as laptops and smart phones, have been stolen from students out of their lockers and backpacks.

Chan replied that when all students in the school have Chromebooks, the theft risk is lessened. Also the computers would be set up so that they could be rendered useless to anyone who would steal one.

Because the data is stored in the cloud, accessible only to the student with his or her password, the student’s work would still be protected, even if his Chromebook were lost or stolen, Chan said.

Nevertheless, he added, there are inexpensive third-party insurance policies available to protect against financial loss.

English teacher Jack Stephenson and history teacher Rick Cardis, who have been using the Chromebook technology in their classrooms, told of their experiences and how the computers have enhanced their ability to provide individualized help to students.

“It is very manageable in the budget we have today,” he told the board.

Chan said he plans to form an implementation committee that would have representation among various stakeholders and outside groups, such as District 65. At the same time, the school still maintains networking contacts with their technology counterparts in other area schools, he added.

The presentation last night was for information only, so no votes were taken, but each board member expressed separate interest in pursuing implementation of the concept, beginning with next year’s freshman class and then continuing each year thereafter until the entire school is equipped within four years.

Board member Mark Metz remarked that the concept is likely to be so popular with the students that “there may be a lot of grumpy sophomores” next year.