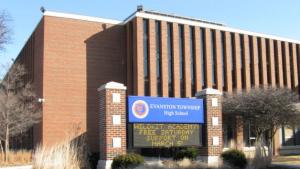 According to the Moody’s report, the Aaa rating for District 202 reflects the district's sizable tax base that benefits from significant institutional presence, healthy reserves and financial operations, and manageable debt burden.

The local school district is the only public entity in Evanston to currently have a Aaa Moody’s Investor Service rating, according to a news release from the district. Obligations rated Aaa are judged to be of the highest quality, subject to the lowest level of credit risk.

Ratings are issued each time the district issues bonds, and the 2016 rating marks the third consecutive time in eight years that the district has earned the Aaa distinction.

ETHS Superintendent Eric Witherspoon, whose contract was just extended last week to 2020, commented: “When we earned the first-ever ETHS District 202 Aaa rating in 2008, I was pleased to see our careful financial planning and management rewarded, saving our taxpayers’ money by having the highest bond rating. Today, having now earned our third consecutive Aaa rating in eight years, I am even more pleased.”

Witherspoon added that the distinction occurred as the district navigated the 2008 recession and the current budget crisis in the State of Illinois.

“Through all of this,” he said, “we have applied value-based budgeting principles and exercised keen budget and business practices to maximize our resources and keep ETHS financially strong.”

District 202 and the Evanston/Skokie School District 65 are among only 20 percent of Illinois school districts with a balanced budget this fiscal year, Witherspoon noted.