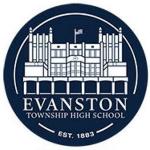 Spurred on by a letter from the Evanston/Skokie District 65 School Board, the Evanston Township High School District 202 Board this week directed staff to ensure that data on college readiness of its students be “backmappable” to when a student is still in the cradle.

The discussion came before the board officially approved its goals for the high school, specifically Goal One, that reads:

Traditionally, a goal on college readiness is measured by the percentage of students that go on to college. But Pete Bavis, Assistant Superintendent for Curriculum and Instruction, suggested that a different measure for college readiness should be used.

He proposed that “the ultimate indicator of college readiness is college persistence.”

By that, he said, he means that the district should not just measure whether their students make it into college, but rather how many of them survive their freshman year and stay on to become sophomores.

He said the school’s research department did an extensive study of graduates who met the usual requirement of college readiness based on grades and standardized test scores and found that 86 percent of them “persisted” into the second year of college.

“This is by far,” he contended, “to be the best indicator of college readiness.”

The problem is that it is difficult to obtain these statistics on a consistent basis. Bavis said he has discussed the matter with Dr. David Figlio, who is not only the Director of the Institute for Policy Research at Northwestern University, but has also been an involved parent at ETHS and has volunteered to spend three days with ETHS officials this summer to come up with meaningful measurement data.

In the meantime, the District 65 Board got wind of the fact that District 202 would be discussing measurement of the goal at Monday’s meeting and was concerned that its strategic plan was based on preparing its students to be on a path to flow smoothly into the high school as they become ready for college and/or careers by the time they finish.

In a letter, dated May 20 and signed by each member of the District 65 board, they were concerned that their efforts with the younger students were aligned through “backmapping” of the test scores and that their efforts might be negated if ETHS altered the measurement for college readiness.

“We urge you to slow down,” they wrote, “take the time to explore best practices in consultation with experts in our community, and adopt measures that are embraced not only by ETHS, but by our community as a whole.”

They were concerned, also, they said, “that these new measures represent a lowering of academic standards.”

The District 202 board bristled at this statement and insisted that their intent was to raise academic standards and not to lower them.

In an aside, District 202 member Mark Metz questioned the legality of the District 65 letter and even suggested that it might violate the Illinois Open Meetings Act because its content was not discussed at an official meeting of the District 65 board.

But when asked about this by Evanston Now, the board’s then-president, Tracy Quattrocki, responded: “The letter was never discussed by more than two board members at a time, and it was sent out for each board member to read and decide individually whether or not to sign.  At no point was the letter ever forwarded or sent among more than two board members. We have checked with lawyers to confirm that there was no violation of the Open Meetings Act.”

At any rate, District 202 member Jonathan Baum noted that the board was only planning to approve the goals Monday night, which they did, and that the measurements would be approved after the summer break.

So Baum, supported by his colleagues on the board, advised Bavis that whatever he and his staff ultimately recommends, they should ensure that those measurements be fully “backmappable” to the earlier grades as students work their way from their days in the cradle until they finish high school.