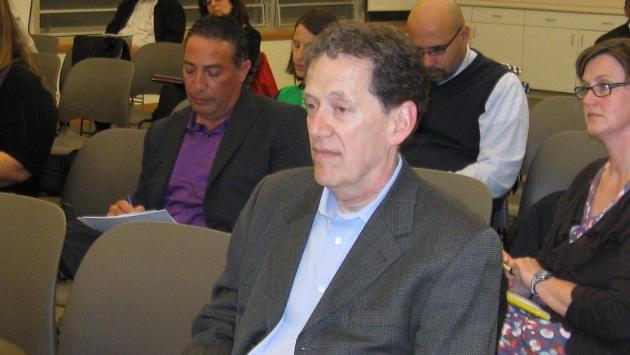 Paul Goren was officially hired as the new superintendent of the Evanston/Skokie District 65 Schools Monday night by a unanimous vote of the district's board.

While contract details were not disclosed, Board President Tracy Quattrocki said the new school chief's first day on the job will be May 19 and will be celebrated with a reception in his honor at 6 p.m. in the board room at 1500 McDaniel Ave.

The Evanston-Skokie community will be invited to attend, she said.

Goren, a 16-year resident of Evanston, was appointed after an extensive nationwide search that commenced with the resignation of Hardy Murphy last August.

Top: District 65's new superintendent at Monday's board meeting as he witnessed the board accept his contract.