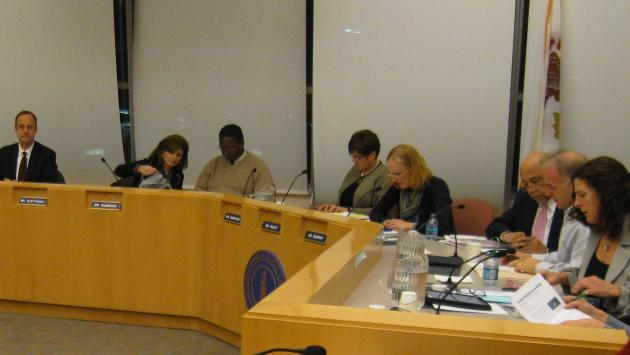 With little fanfare, the Evanston/Skokie District 65 Board of Education gave tacit approval Monday night to the notion of opening a new kindergarten-to-fifth-grade school in the city’s 5th Ward.

By a process of elimination, the board rejected alternate scenarios and spent most of the evening discussing how to finance the school and how a referendum to sell bonds to pay for it might be worded.

After all the “I’s” are dotted and all the “t’s” are crossed, the board will officially vote on Dec. 19, the deadline for putting a referendum on the March primary ballot. In the meantime, the Dec. 5 meeting will be devoted largely to the details of financing the venture, according to Board President Katie Bailey.

Board members rejected the idea of building a middle school,mainly because it would not solve the “social justice” criterion that students should have the option to begin their school careers by attending a school in their neighborhood.

They acknowledged that a proposal to adjust their standards on such matters as class size and make do with minimal construction of additional classrooms at existing schools as the need arises would be their fall-back position in case the referendum should fail. 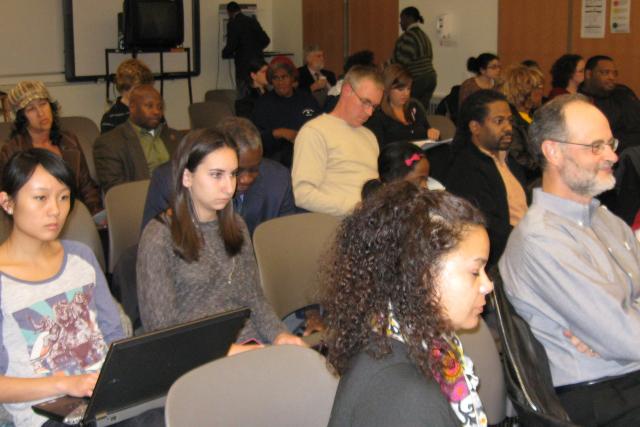 But they were not about to disappoint a full audience that witnessed a steady stream of 28 parents, teachers, and community leaders from throughout the district who all spoke in favor of a new 5th Ward school at the last of three public forums that was held before the board meeting began. No one spoke in opposition to the new school.

The surviving scenario calls for a school with three sections for each grade, with one of the three devoted to the district’s two-way immersion program that features classes taught in both English and Spanish.

Because virtually all of the prospective students are currently being bused to outlying schools in the district, the board insisted that these students be given the choice of attending either their present school or the new school.  An enrollment management strategy would be employed to deal with a situation where either too many or too few opt for the new school.

Although a telephone survey of parents in the new school’s proposed attendance area had indicated that most were satisfied with the schools their children were bused to, member Kim Weaver asked, “Who wouldn’t want to go to a new state-of-the-art school in their own neighborhood?”

Because the new school would not include the middle school grades, as proposed in the recommendation from the New School Committee in September, the referendum would need to include funds for eight additional classrooms each at Haven and Nichols middle schools.

Construction costs are estimated at $20.1 million for the new school, while the additions at the two middle schools would be an estimated $18.6 million, plus additional operational costs, according to revised cost figures distributed at the meeting.

These numbers will form the basis for the financial discussion scheduled for the Dec. 5 meeting of the board.