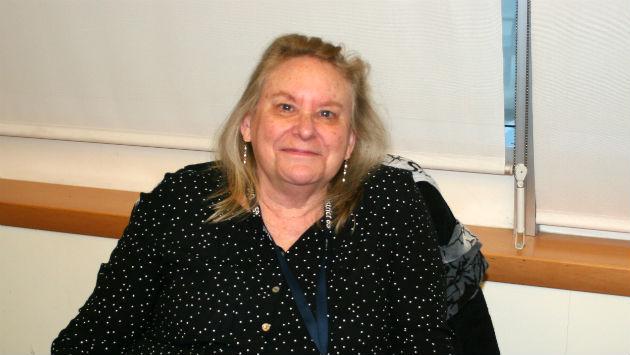 The Evanston/Skokie District 65 school board expressed frustration this week with the lack of specific recommendations in the administration’s early childhood task force report.

Joyce Bartz, assistant superintendent of special services, said the district’s goal is to “cut in half the number of students who are not kindergarten ready within five years” and ultimately to make sure all kids are kindergarten ready.

However, the 125-page report released last week and the presentation given to the school board on Monday night, describe several recommendations but few specific milestones and didn’t define criteria to be used to measure success.

Board member Rebeca Mendoza seemed frustrated by the apparent lack of progress on improving the district’s early childhood program.

“We already knew most of this,” she said, referring to the information in the report. “I’m still not clear on what we’ll be working on exactly.”

Superintendent Paul Goren responded that the district will hire a new director and align the early childhood curriculum with the K-8 curriculum, to push the system to become pre-K through 8.

“We want to identify short-term opportunities,” Goren said, such as determining how to mesh core programs and learning from other early childhood providers in Evanston and Skokie.

“Other programs are more play-based,” he said. “We need to find the balance between play and skill-building.”

The district is forming an interview committee to screen candidates for the director position. The committee will have four parents, four teachers, two administrators and the president of the teachers’ union. The deadline for parents to apply to be on the committee is Friday.

Goren also noted that there is not a lot of new money and prioritizing pre-kindergarten programs may require tradeoffs in other areas.

Board member Joseph Hailpern suggested that it’s a lot cheaper to invest in early childhood programs than to remediate behavioral or learning issues later.

Board president Sunith Kartha supported the recommendations but encouraged the administration to solidify a plan as soon as possible.

Regarding resource allocation, “we need to have discussions early and transparently about any trade-offs” that we may make, she said. 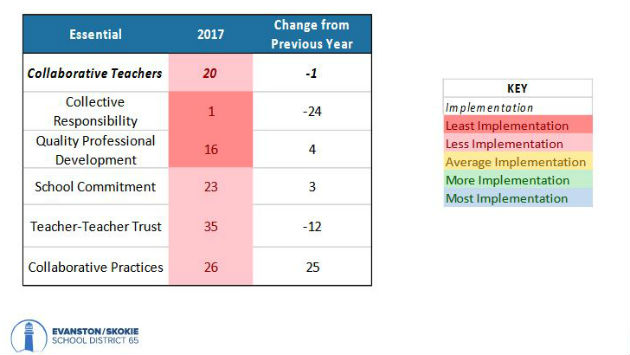 Hailpern drew attention to Appendix F in the task force report, which provides the “voice of teachers.” Among other things, he said, the 5 Essentials survey results show that “teachers rated the measure ‘Collective Responsibility’ as 1 out of 100.”

“Teachers are asking for help,” Mendoza agrees, “they seem to be not connected to the curriculum.”